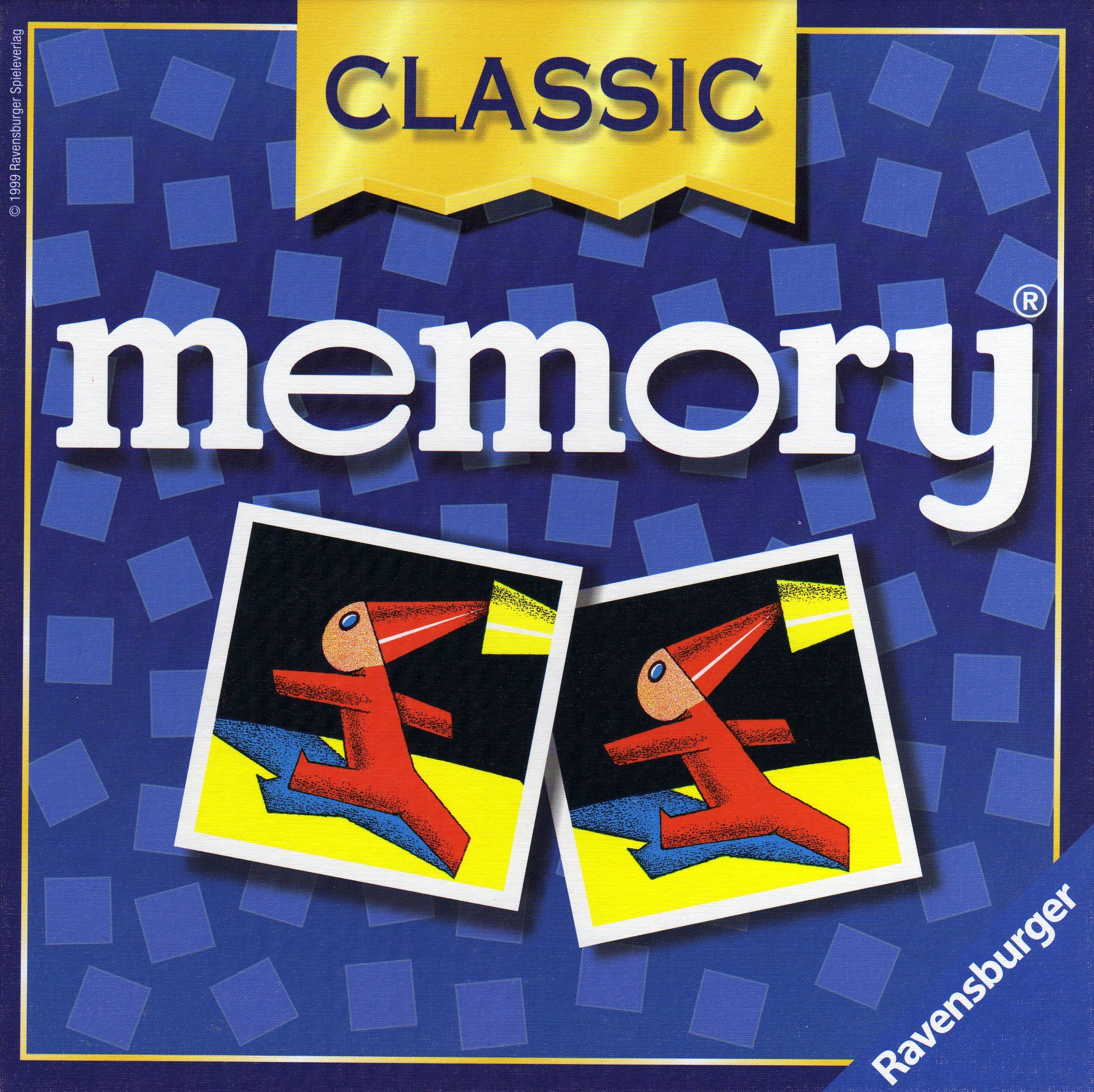 First published in today's form by Ravensburger in February 1959. There are versions known from Japan in the 16th century - matching pictures painted on shells. Known as Awase or Kai-awase. In USA and England known as Pairs, Pelmanism, or Concentration. But these are played with simple playing cards. In Switzerland was a domino-like game named Zwillingsspiel with the same roots. In Czech Republic this type of game is known as Pexeso. The name is an acronym of "pekelnÄ› se soustÅ™ed!", which literally translates to "hellishly focus!". It usually consists of 32 pairs of square cards. There are thousands of Pexeso sets with different themes. There are hundreds of different Memory games - starting with 24 cards for the youngest, with all kinds of animals, art, about countries, also a gay and a "Breast Memory", several free giveaway Memory games published by companies. The most famous publisher is Ravensburger - they have the rights for the brand name Memory.