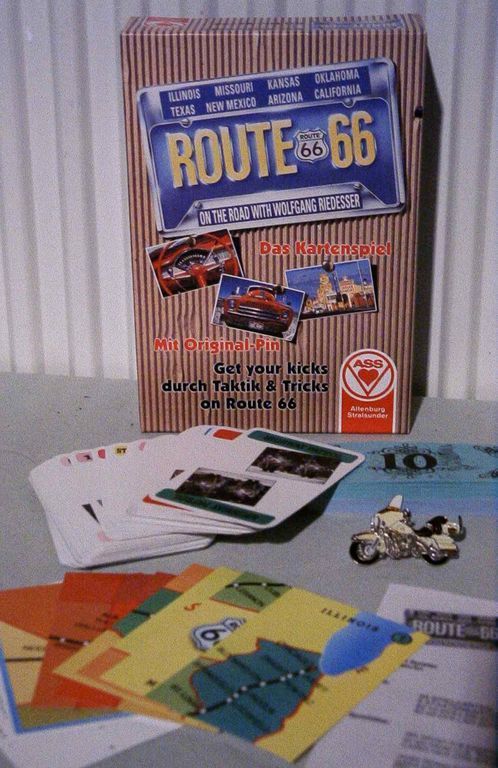 Card game with the same theme as the board game Route 66 by the same designer. Theme Players are driving on the historic Route 66 from Chicago to Los Angeles. Will you be "King of Route 66" by having the most money in your pocket when you reach L.A.? Goal Having the most money when the last state card is turned over. Game play At the start of the game, each player gets 3 cards and 600 $. Players take turns playing a card, either from their own hand or the top card from the face-down draw deck. Cards normally raise or lower the speed, but there are also cards with special effects (e.g. players have to pay additional costs, player order changes, etc.). If the speed limit of 55 mph has been exceeded and a player plays the "highway patrol" card, the previous player is caught speeding and has to pay a fine to the patrol (i.e. the player who played the highway patrol card), the amount depending on the speed and on the state. The game ends when the last state card has been turned over. The player with the most money wins the game.