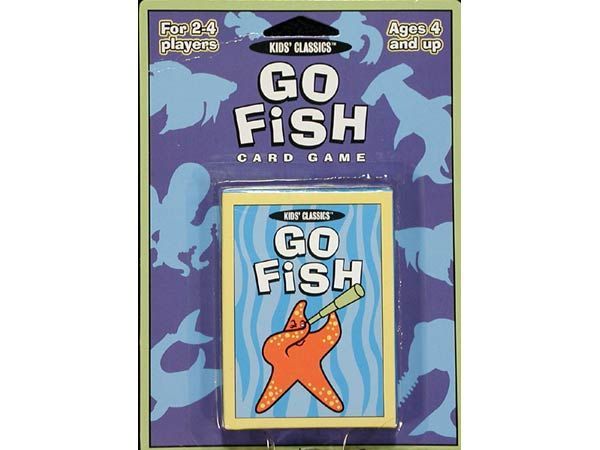 Go Fish is a standard deck playing card game and is one of the first card games taught to children in the United States. Players are seeking to complete books consisting of four of the same number cards (the two of hearts, diamonds, clubs, and spades together would be a book). After dealing 6 cards to each player, players take turns asking one other player if they have a card matching one in their hand. If a player has the requested card type, he surrenders them all to the asking player, and the asking player can then continue asking for a type of card from either the same player or different one. If a player doesn't have the card requested, he says Go Fish and the asking player then draws from a draw pile. A draw which results in the last card asked for or in a complete book means the asking player gets another turn.