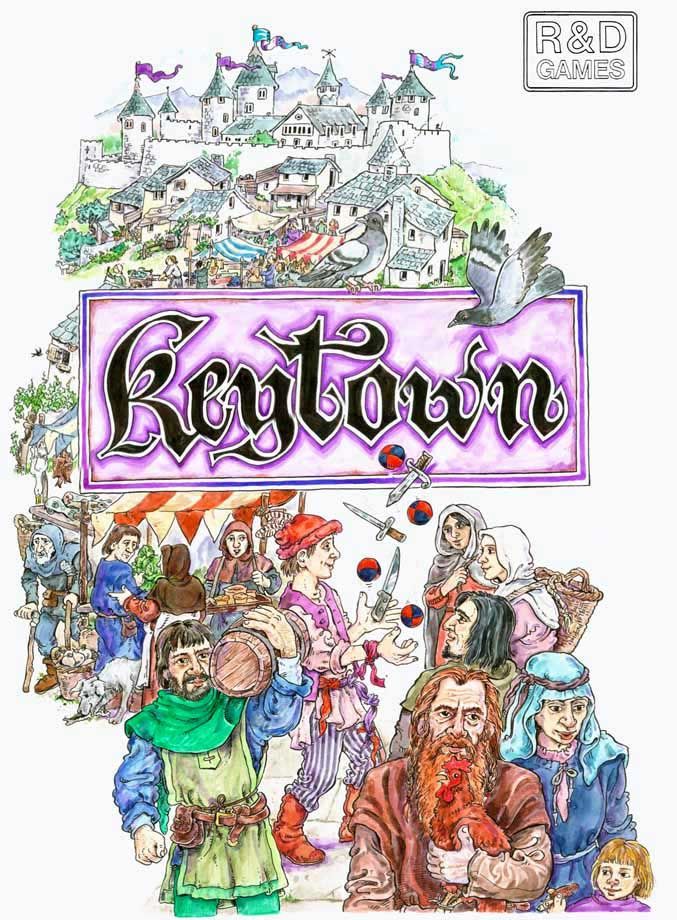 Described by the Publisher/Designer: Keytown is a game for two to five players lasting approximately 60 to 75 minutes. Each player controls a team of townsfolk, which they promote as the new leaders of Keytown. In the ‘olden days’ (in the game Keydom), these teams specialized in different activities: mining, fishing, forestry, brewing, and farming. With the passing of time, the townsfolk became skilled in each of these activities. They then aspired to gain further skills and experience as churchmen, councillors, and tradesmen. With these new skills came seniority, prestige, and high standing amongst their peers. In the game, the townsfolk and their seniority are represented by numbered tiles. Keytown is played over four rounds. Each round represents a generation in the lives of the townsfolk, during which the townsfolk may work or study in the resource locations, gain new skills in the church, council, or market, or start a family in a cottage. After four generations, one of these teams is destined to emerge as the new leaders of Keytown. The winner of the game is the player whose townsfolk are collectively held in the most esteem at the end of round four. Like Keydom, contents include full colour board, printed counters, and wooden cubes. Rules and components are in English and German. Keytown is Richard Breese's third game in the key series.