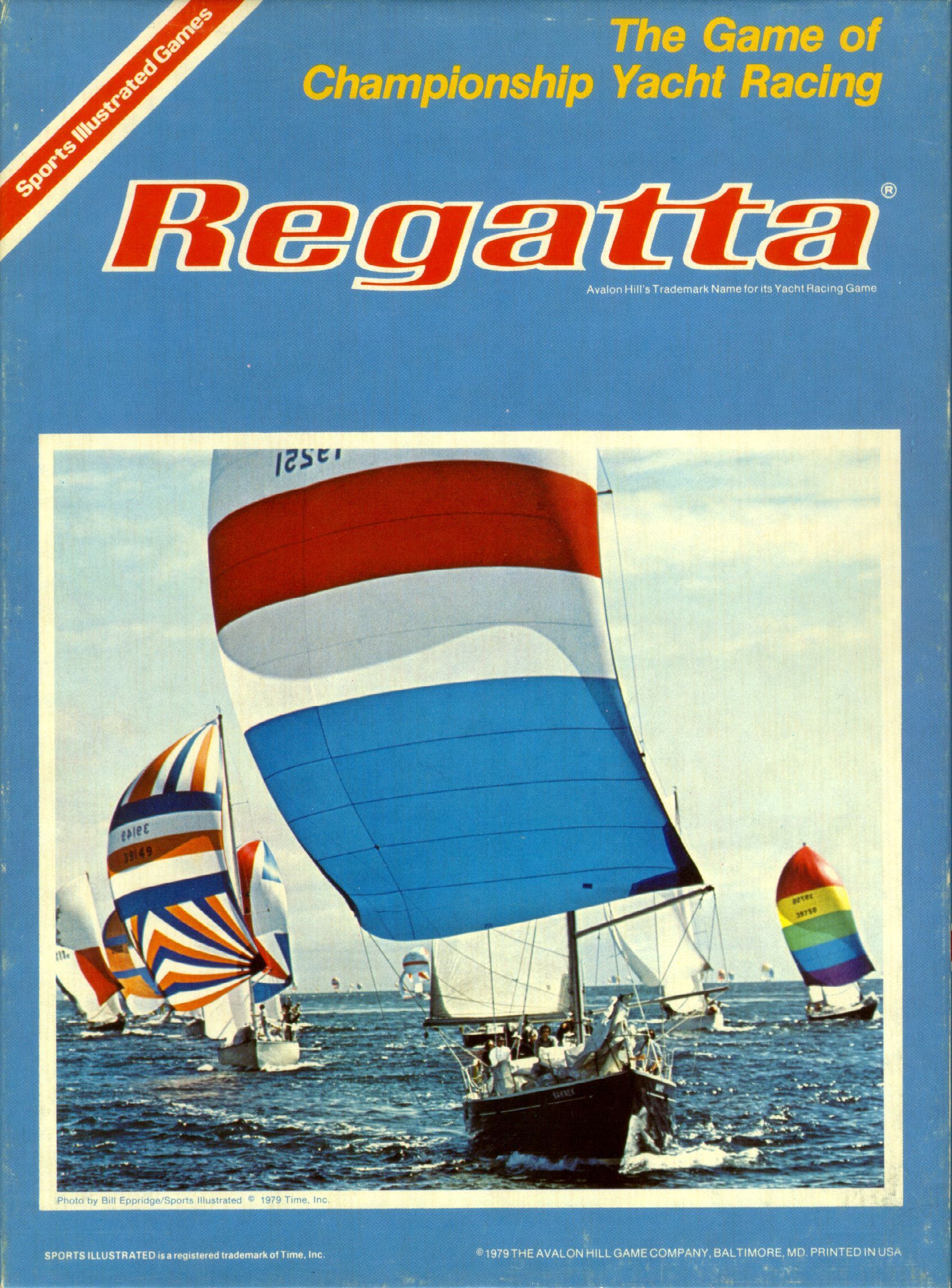 The object of the game is to be the skipper of the yacht that crosses the finish line first. You decide when to tack, and when to put up your powerful spinnaker for the downwind leg. You try to take advantage of unexpected wind shifts and blanket your opponents sails. All the facets of real sailboat racing are included. The 1968 version includes three islands and 24 cards. The 1970 version includes a single island and 18 cards. The suggested courses also vary between editions. Originally released as part of the 3M Sports Games line.