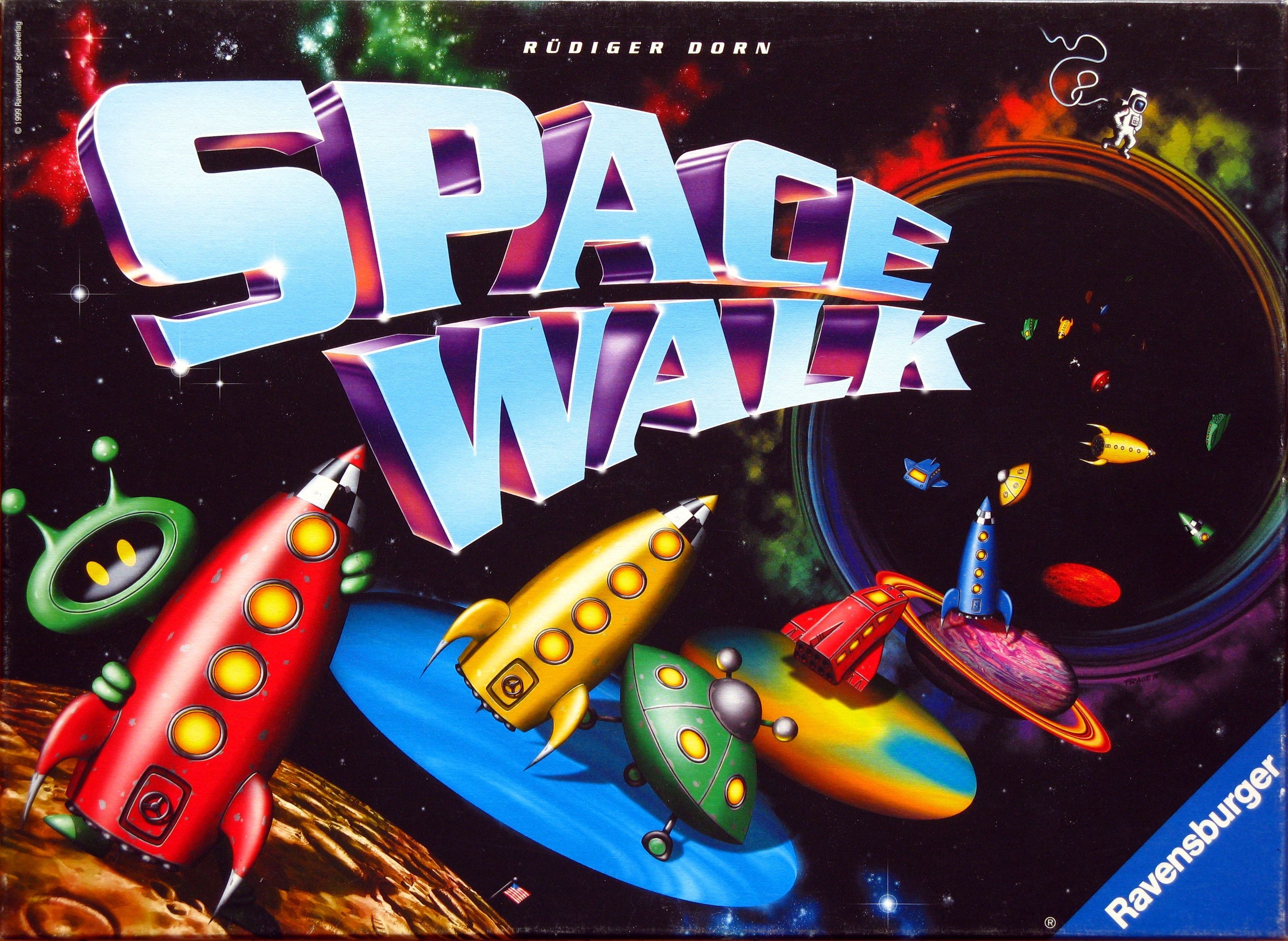 A mancala-like game with victory points awarded to surviving space ships. The board consists of a loop of "black holes" each separated by 6 intermediate spaces. A move consists of picking up all the space ships of one space and sowing them in a mancala fashion around the board. Ships that fall into a "black hole" are lost forever. The game ends when one person has lost all ships. Several rules twists help make this more than a simple mancala knock off. For one, ships come in 3 sizes (victory points of 4, 3, and 1), and there is a requirement that the bigger ships are sown first. Second, each player has 3 chips that allow an extra move, but are worth 2 victory points if unused. The strategy comes in figuring out how to use your opponent's ships as sacrifices in getting your ships around the black holes. Awards 1999 Vuoden Perhepeli