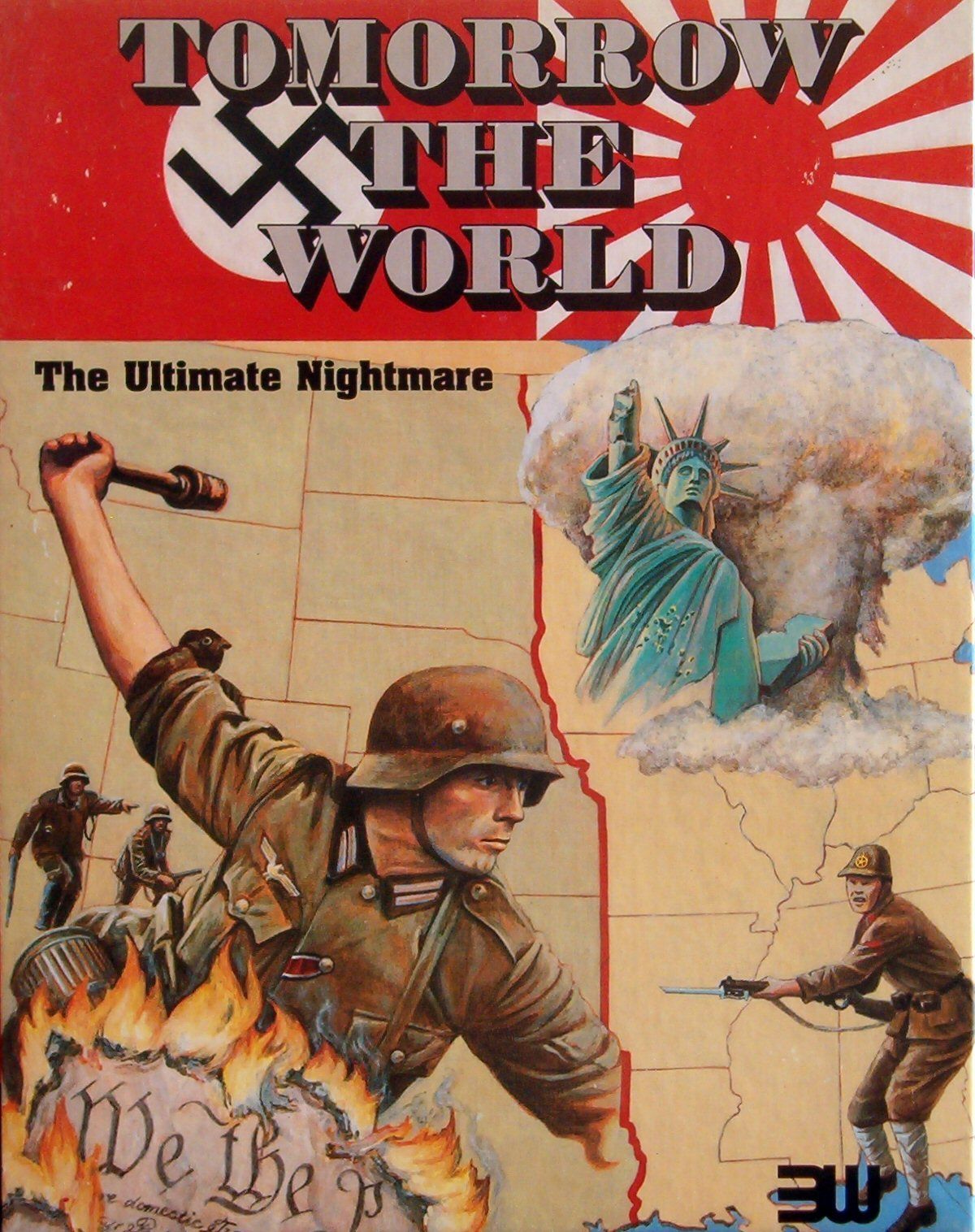 (from an ad in Space Gamer:) This ultimate nightmare game postulates an alternate scenario for the events leading up to World War II. Roosevelt is successfully assassinated, Churchill is killed in action early in his career, and the West never pulls out of the great depression. The German-Japanese alliance sweeps to power and divides the world. In 1948 they turn on each other. From jet fighters to nuclear bombs this game has everything (BGG original description:)A wargame set just after the Second World War. Germany and Japan have won the war, and both decide to move for the entire world: Japan and Germany declare war on each other.