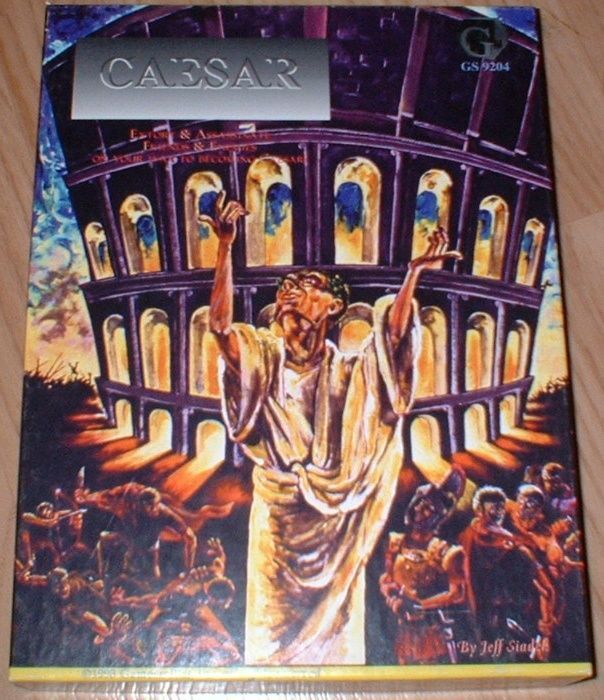 From the rules summary: Each turn represents one year in the life of a Roman estate. Until the War deck is exhausted, players are jockeying for position trying to get the most votes. Whoever has the most votes at the end becomes Caesar and wins. Each player is a senator starting with a modest estate, influence in the senate, and two legions to command. Players will build their wealth to acquire votes by by shrewdly managing their fields, bidding for public works and the favor of the gods, or on the battlefields against the barbarians. [GS9204]