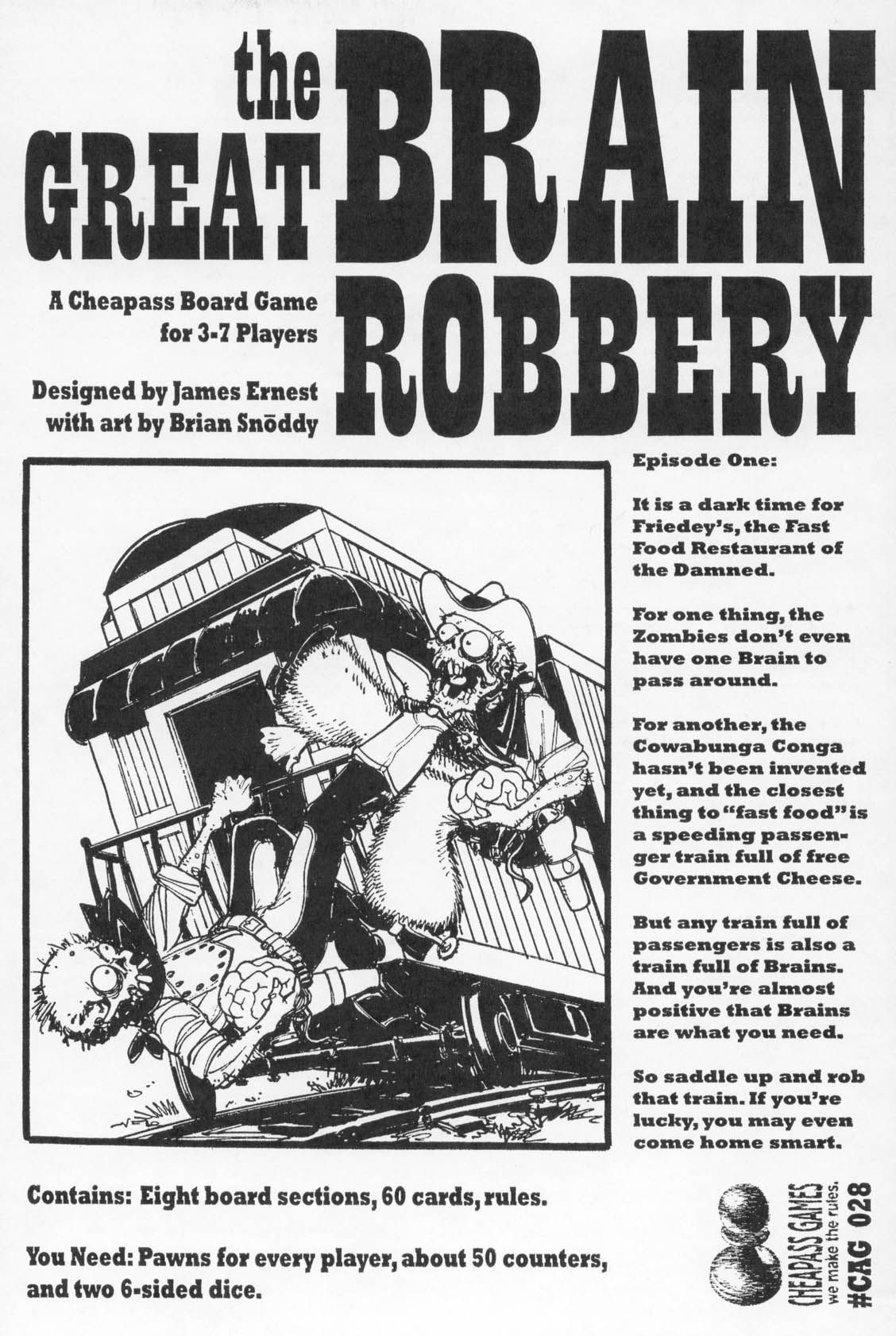 Welcome to the Old West, Zombie style. The undead line cooks at Friedey's Chuck Wagon are fed up with having only one Brain to pass around. So they've decided to take matters into their own hands and rob a speeding train full of Brains. They'll bring home the best Brain they can find, and then pass that around instead. Hey, no-one said it was a good plan. This is the fourth game in the Friedey's series, and the first Cheapass board game to come in a sturdy cardboard box. The "board" is composed of eight double-sided Train Cars, and the Train grows and shrinks throughout the game. New cars appear in the front as players move forward, and old cars fall off the back, well, sort of randomly. To win the game, you need to find the Brain with the highest IQ before the Train comes to a stop, and defend it from all the other Zombies who'd rather beat you up than find a better Brain on their own. A splendid and imaginative adventure for 3-7 players, illustrated as always by lovable Zombie artist Brian Snoddy.