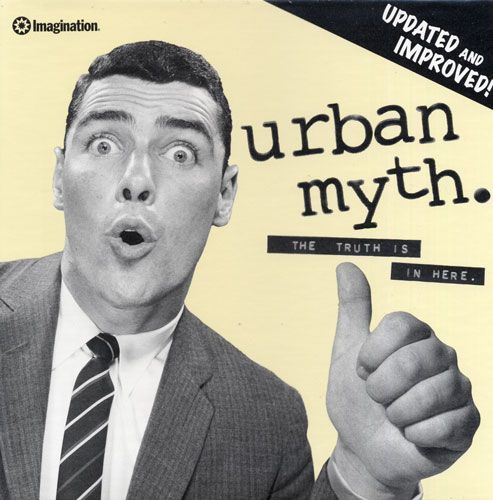 Urban Myth consists of a game board divided into four city blocks, six playing pieces, and a deck of 700 game cards in six subject categories: Celebrity, Health, Classics, Nature, Business and Crime. 2008 version contains: 500 cards 6 coloured pawns 6 true/myth cards Game board Each Card lists either one or two urban legends printed on the front and a letter from the words M-Y-T-H or T-R-U-E on the back. One out of every eight cards is a wild card bearing the Urban Myth logo, which can be substituted for any letter. The objective of Urban Myth is to be the first player to spell the word M-Y-T-H or the word T-R-U-E by collecting the letters on the back of the game cards. Players earn letters by correctly identifying which stories are myth and which are true.