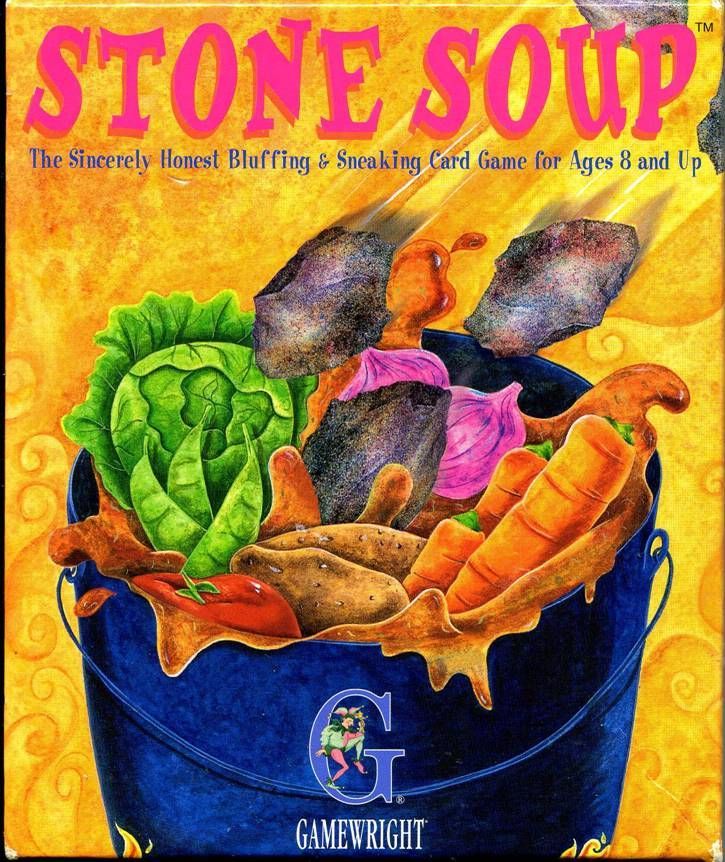 Players must add ingredients cards to the Stone Soup in a specified order. Players may add (discard into the pot) as many cards of that ingredient as they have in their hand OR as many as they are willing to bluff about; in fact, if an active player doesn't have a particular ingredient, s/he has to bluff! In addition to ingredient cards, there are also six (6) stone cards. The ONLY way to get them into the pot is to bluff. Other players upon hearing the active player's declaration may choose to challenge the play. If in fact the active player was telling the truth, the player challenging the play must take all the cards in the pot. If the active player gets caught putting stones in the soup, s/he takes all the cards. If s/he was lying about the ingredients, s/he takes back twice the number of cards played. The first player to discard all his/her cards is the winner