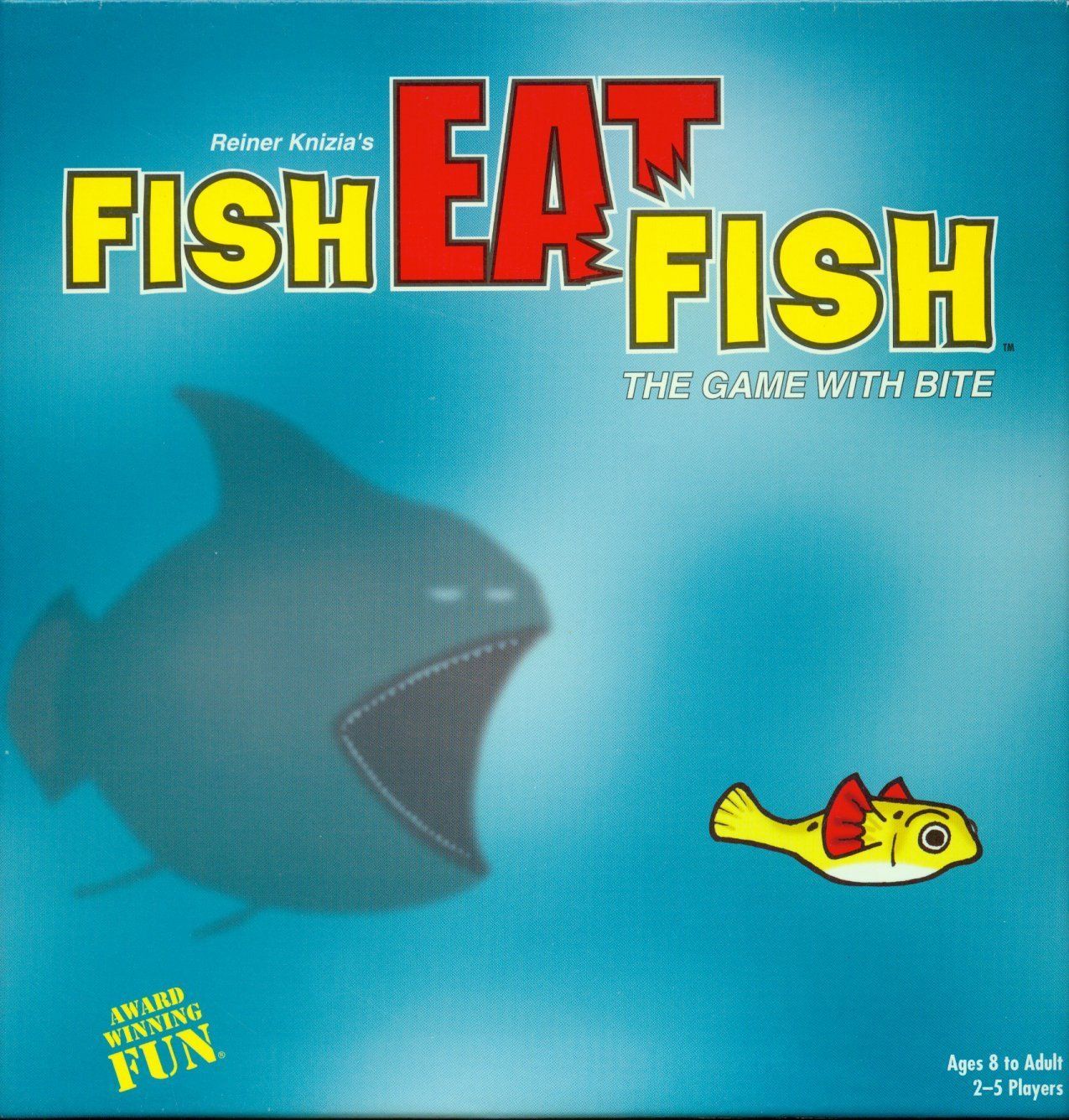 From publisher's website: In a wave of challenges and bluffs, players compete for control of the sea. Play your cards right and watch your stack of fish grow. But just when you think you're the big fish...a bigger fish comes along. Gobble up the most fish and you win! Game contains game board, 55 cards, 35 stackable fish tokens, 1 starfish token The goal of the game is for a player to to catch as many fish pieces as possible. Stacks of 1 - 5 fish are moved around the board in search of prey. Adjacent stacks engage in combat. Cards are played, and the number on the card is added to the number of fish in a player's stack. Highest total wins the combat, and that player's stack is placed on top of the loser's. If a stack contains more than 5 fish, the extras are placed in the winner's pool of caught fish. Ties result in both stacks of fish being discarded. Cards may only be played once, so players must balance the need to win a combat with the need to hold on to high cards for future combats against growing stacks!