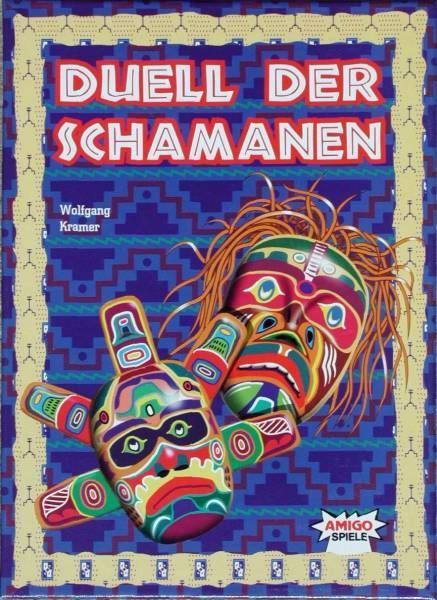 Two Shamans battle each other to win the title "The greatest Shaman". Each player has a set of numbered tokens (1-9) and some shell tokens. The numbered tokens are placed onto the 3×3 playing area, one of each player in each of the playing areas. After all tokens are placed the battle starts, by choosing the place the battle occurs. One player secretly chooses the row while the other chooses the line of the battle. Then the two tokens in the battle square are compared - loser pays the difference to the winner in shell tokens. Then one player may switch the position of two tokens. After this the next battle starts. The winner is the Shaman who manages to collect all shell tokens. Quite nice little W. Kramer game which was published together with Knizia's Nuba. The first edition, in 1978, was named Check-Point.