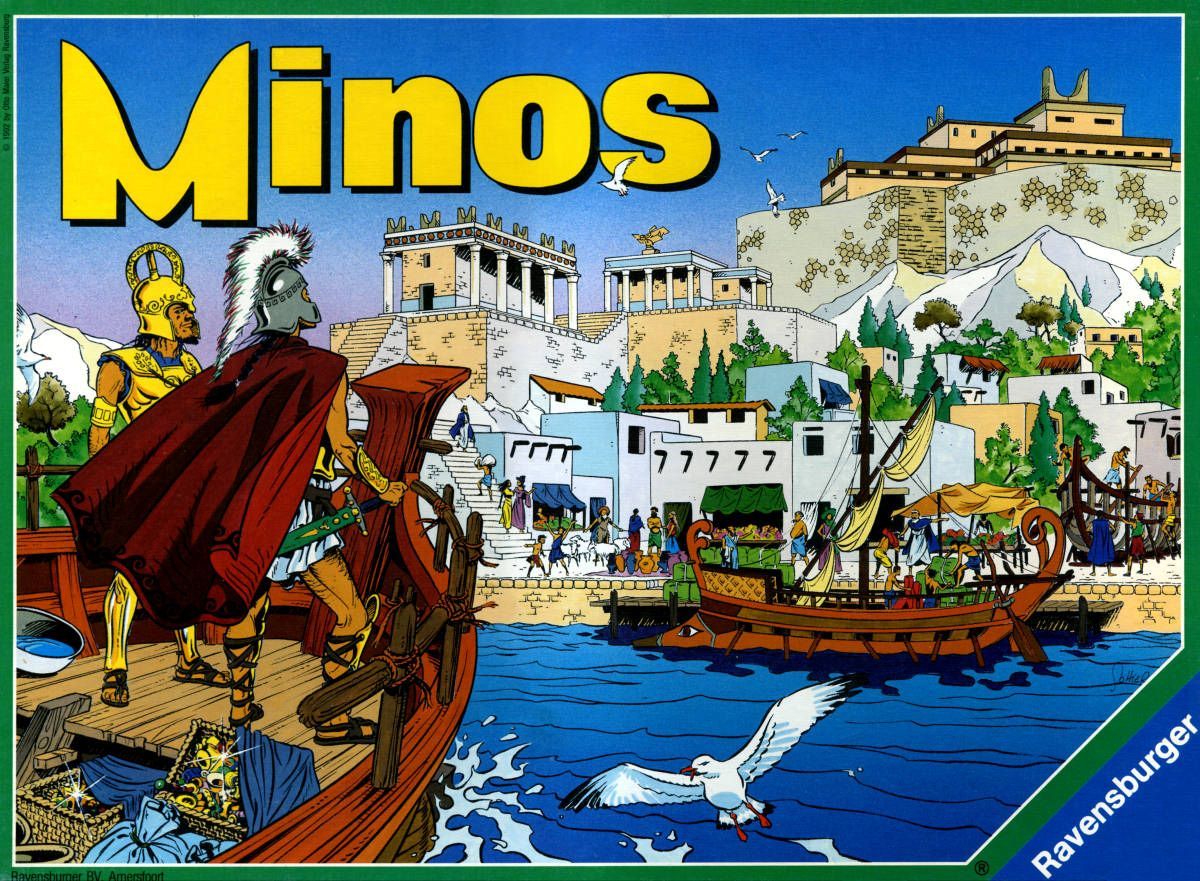 from rules: 4,000 years ago, Crete was ruled by Minos, son of Zeus and Europa. It was from his name that the current civilization was called “Minoan”. It was the first advanced civilization in Europe. The game Minos takes you back in time; build your own trading empire by crossing the Mediterranean Sea with your ships and founding new settlements and trading centers. Aim of the Game The game ends when all the city sites have been settled and at least two full cities have been built. The winner is the player with the highest income at this point, as marked on the scale around the edge of the board. A tie is resolved in favor of the player with the most cash in hand.