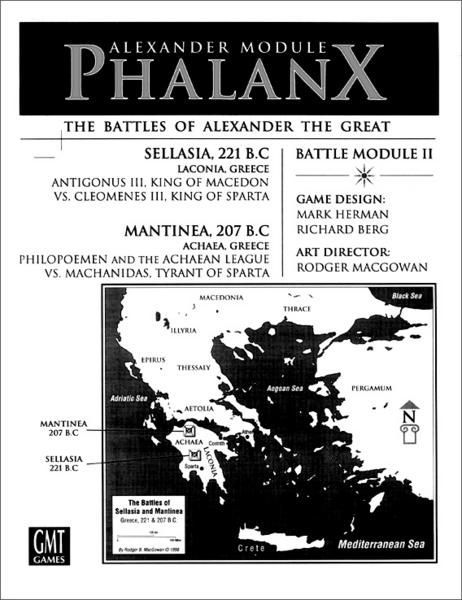 Phalanx covers two of the major battles in the waning days of the Successor Wars, in which the Greek city-states and leagues and the descendants of the original Diadochoi were still fighting for Hellenic supremacy, and in which the phalanx -- the massive, heavy infantry formation brought to peak efficiency by Alexander -- was still in its heyday. The armies in these battles are very Macedonian in style, with a lot of mixing of unit types and capabilities, with the exception that, because of the terrain, reliance on cavalry is almost non-existent." Expansion module for the Great Battles of Alexander, Deluxe Edition. Part of the Great Battles of History (GBoH) series. Expands: The Great Battles of Alexander: Deluxe Edition