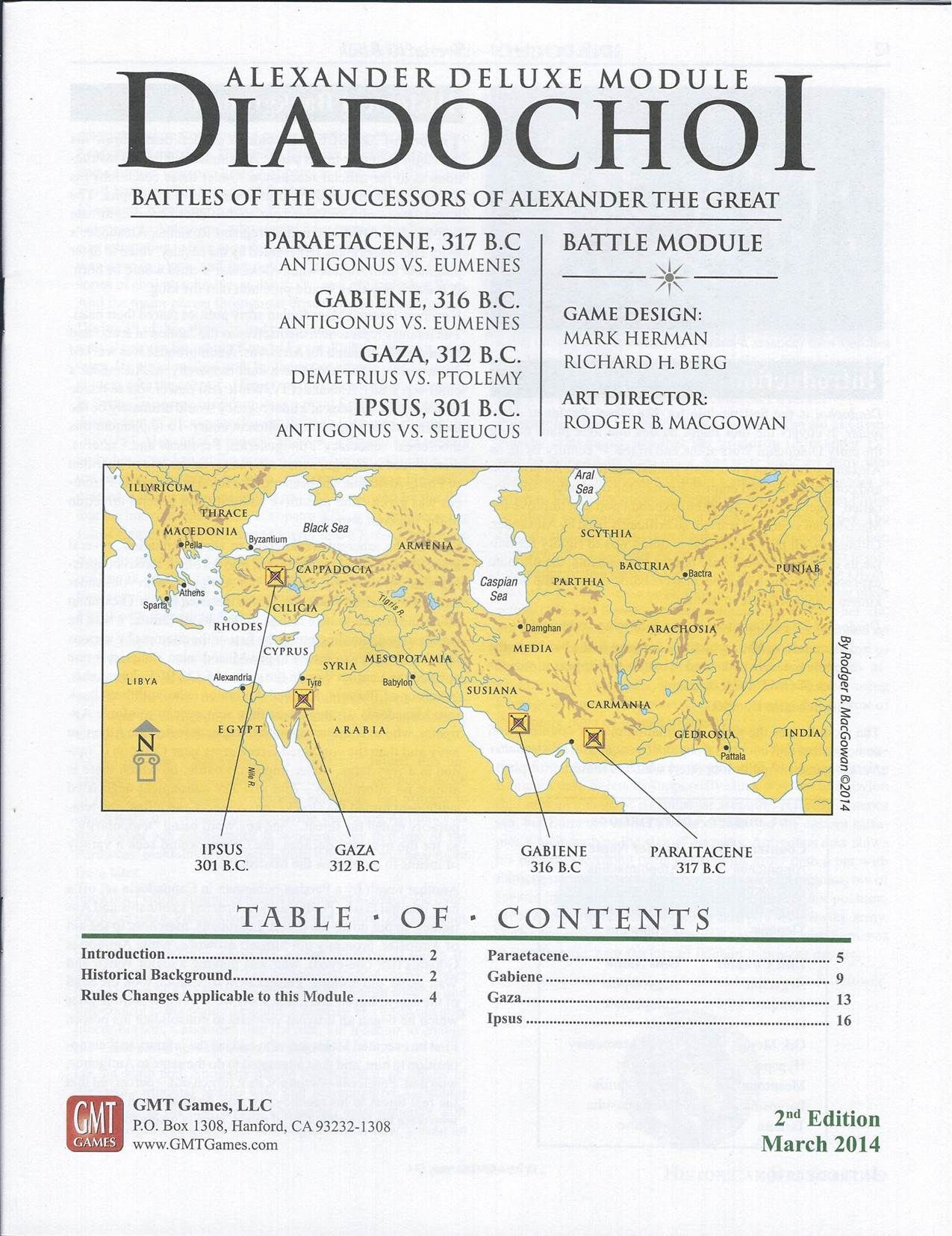 Diadochoi covers the four major battles that took place during the early Diadochoi wars at the end of the 4th Century BC as Alexander the Great's marshals jostled and fought for position and control of his vast empire. Each of the diadochoi, the so-called 'successors', sought to expand upon and improve the Macedonian system of warfare so brilliantly used by Alexander. Ultimately, all they succeeded in doing was to rigidly formalize its elements, adding only hordes of elephants, the ultimate expression of which was the massive battle of Ipsus, the largest known elephant battle in history." Expansion module for the Great Battles of Alexander, Deluxe Edition. Part of the Great Battles of History (GBoH) series.