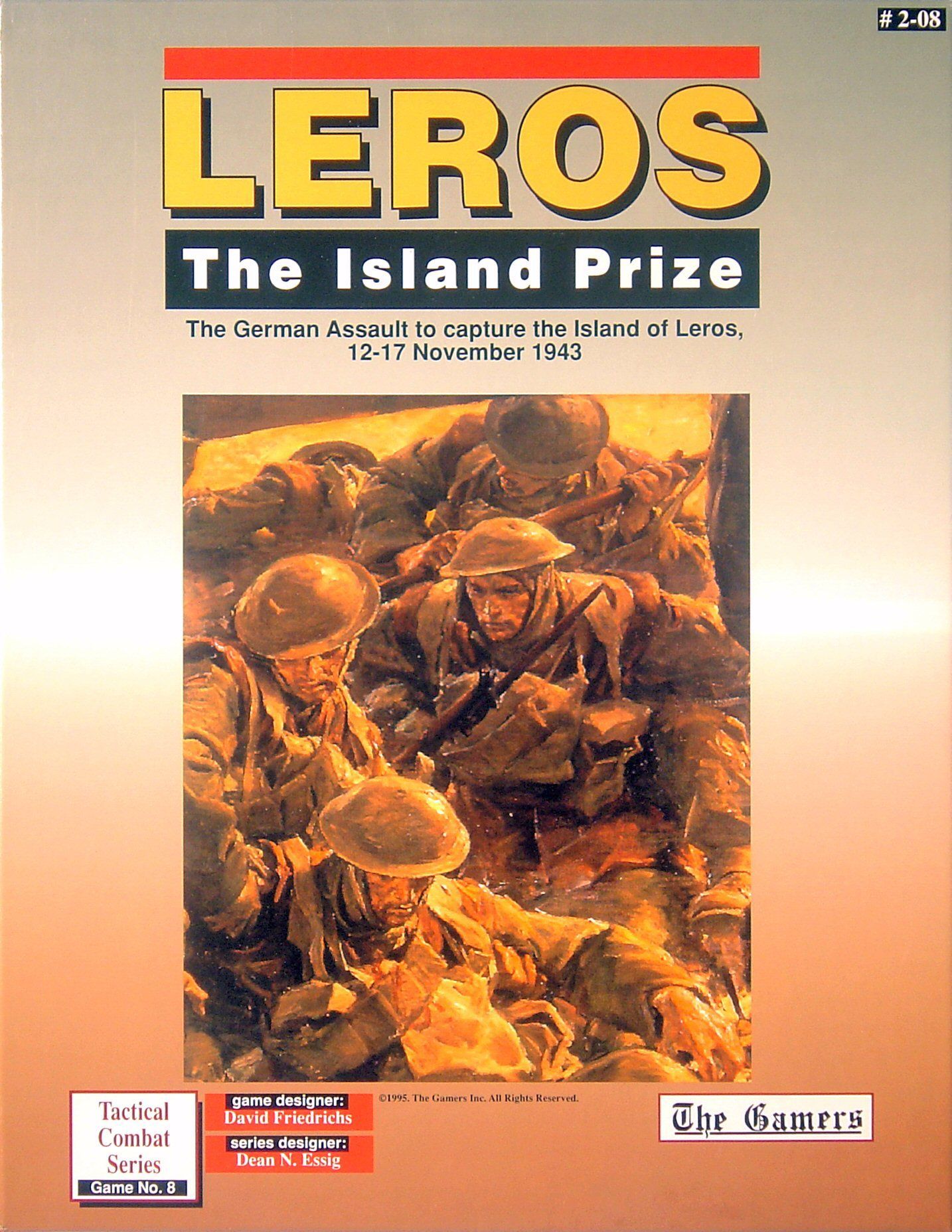 Leros - The Island Prize, is game 8 of the Tactical Combat Series (TCS). "In the fall of 1943, Churchill tried to induce Turkey to participate actively as an ally against Germany. British forces landed on several of the Dodecanese Islands (Italian possessions in the Eastern Aegean), including Kos and Leros. Hitler, fearing air strikes on the Ploesti oil fields, reacted quickly and generated a disaster for the British. Leros depicts the German invasion of Leros. The battle was the climax of operations in the Aegean a German air and sea invasion against a heavily defended island."