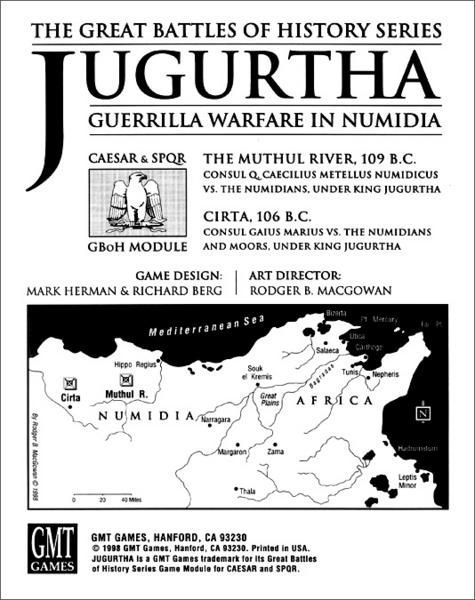 "Jugurtha allows players to simulate the two key battles of the Jugurthine War (112-105 BC), in which Rome expanded to take virtually all of North Africa, destroying, in the process, the once-proud kingdom of Numidia ... Jugurtha also gives gamers something they rarely see in ancient world battles: guerrilla warfare. Here's a rare chance to test your on-field maneuver capabilities. In addition, the Numidian forces are rather different from anything else we've seen: almost entirely light in nature, they rely on speed and mobility more than anything else." Battles: The Muthul River - 109 BC Cirta - 106 BC Expansion module for the Great Battles of History (GBoH) series game Caesar: The Civil Wars. SPQR is required to use historical units for The Muthul River scenario.