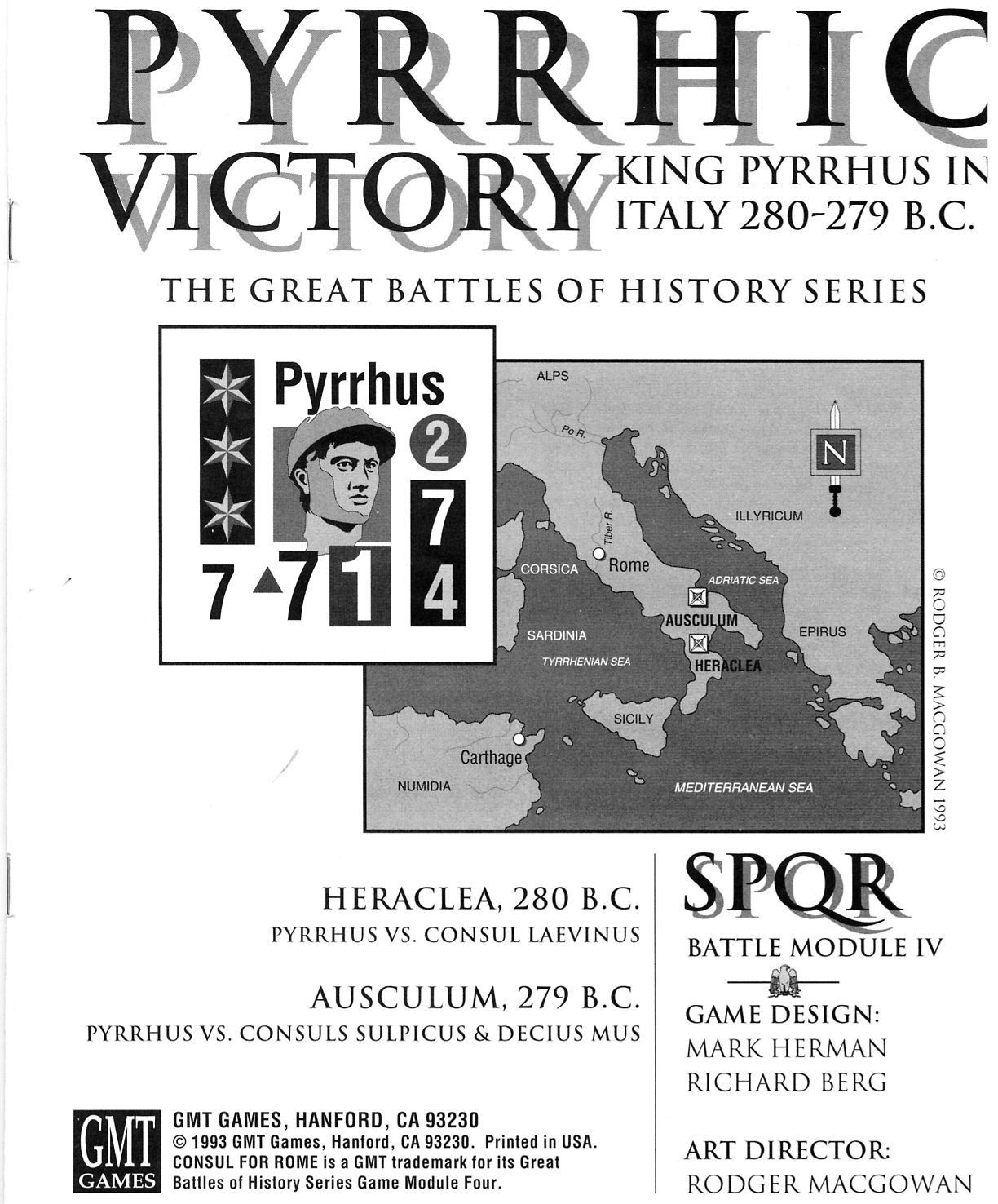 "Pyrrhic Victory recreates the first two battles that the Epirote mercenary (and would-be Alexander of the West) Pyrrhus, King of Epirus, fought against the slowly but inexorably expanding Republic of Rome. It was the first time the Roman legions faced the Macedonian tactical system, although the phalanx as a military formation was quite familiar to them. It was also the first time the Romans encountered elephants. Although Pyrrhus appears to have won both encounters (there is some disagreement about the end results at Ausculum), the Epirote casualty rate was so high that it led to the formation of the term 'Pyrrhic victory.'" Battles: Heraclea - 280 BC Ausculum - 279 BC Expansion module for the Great Battles of History (GBoH) series game SPQR.