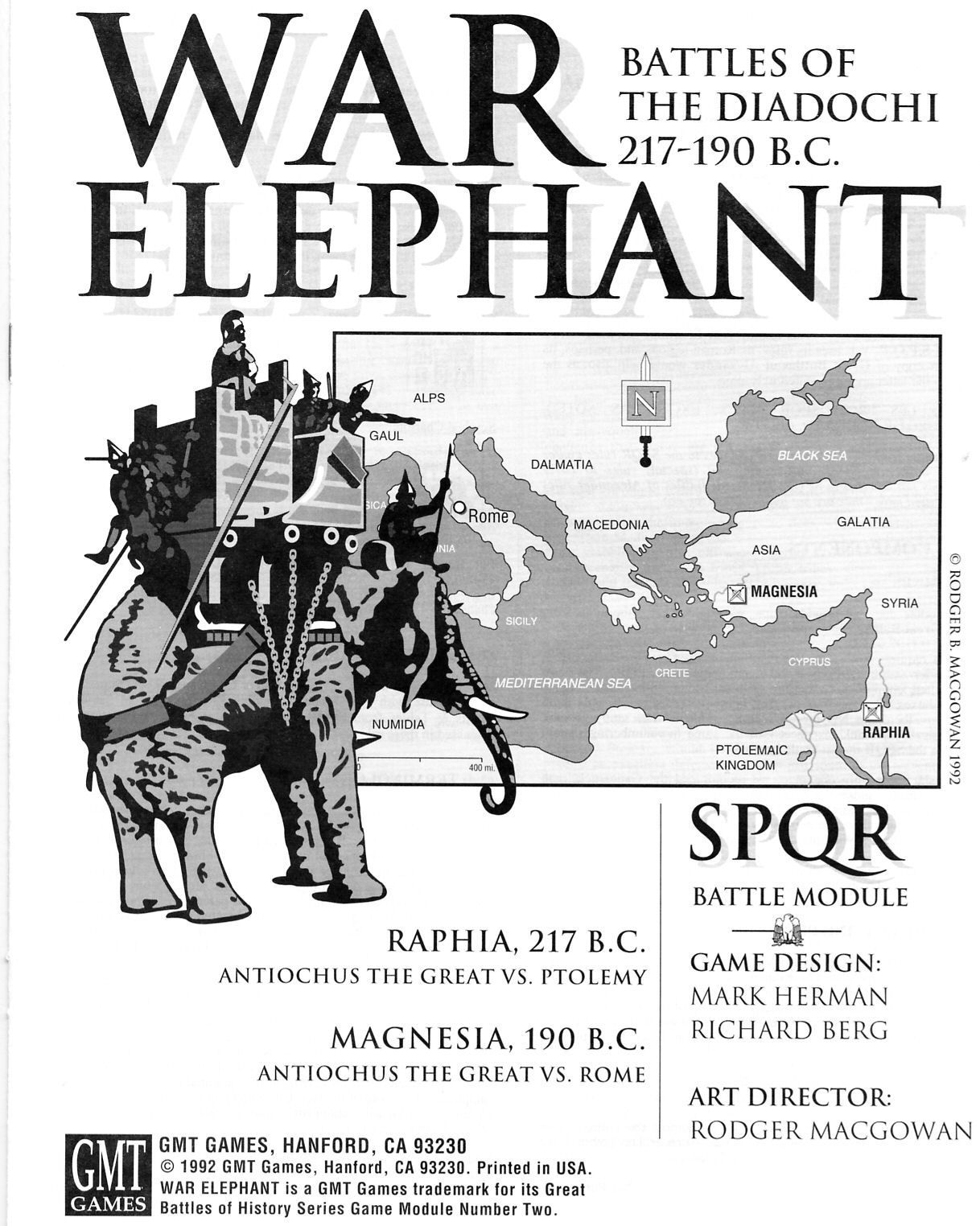 "War Elephant provides players with counters and rules for recreating two of the major battles of the Seleucid Empire, a legacy of the late Diadochoi period in Mediterranean history. The Diadochoi refined and reformed the Macedonian system of warfare perfected by Alexander the Great. There were, however, two major factors that made their tactical efforts somewhat less successful. None of them was anywhere near Alexander the Great in their ability either to understand or to utilize tactical systems. And, they loved elephants (to be honest, so did Alexander, but he never had the chance to use them). Thus, while this period is the heyday of the Macedonian art of war (if not exactly its apogee), we find the system becoming overly rigid and ill-served." Two battles: Raphia - 217 BC Magnesia - 190 BC (also included in SPQR (Deluxe Edition)) Expansion module for the Great Battles of History (GBoH) series game SPQR.