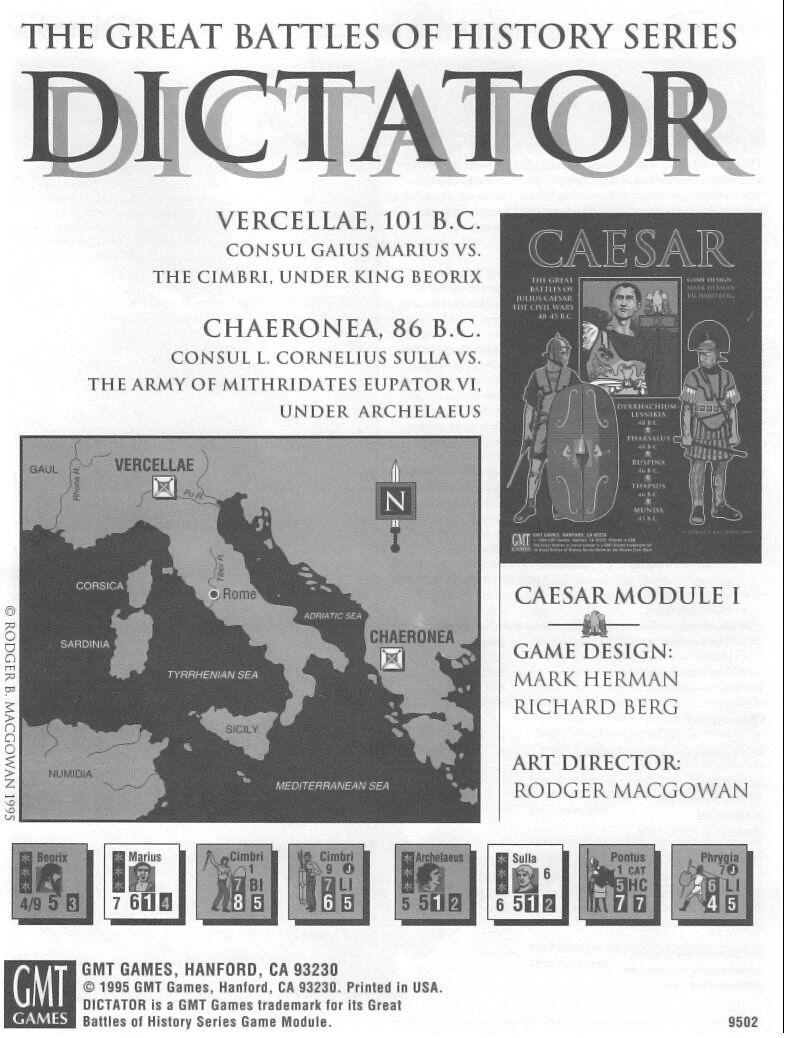 "Dictator introduces two key battles from the fading years of the Roman Republic, when Rome was faced with three major outside threats -- the Numidians under King Jugurtha; the Germanic invasion of the Cimbri, Teutons, and Ambrones; and the threat from the east of King Mithridates of Pontus -- and wracked with civil wars and the conflict for power between the two leading men at the turn of the century -- Gaius Marius and L. Cornelius Sulla -- all leading to the brutal dictatorship of Sulla. The outside threats led quickly to the establishment of the army as a political power base; the day of the military dictator was at hand, and the Republic was entering its death throes." Expansion module for the Great Battles of History (GBoH) series game Caesar: The Civil Wars.