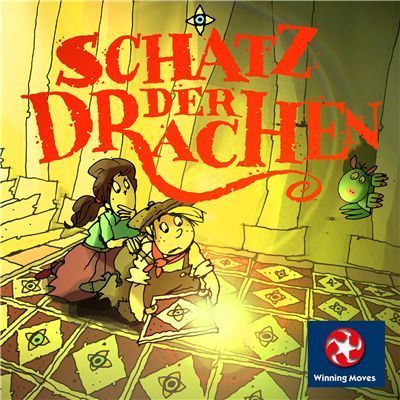 Schatz der Drachen is a memory variant for children. The goal is to collect as many of 49 cards as possible. At start, the cards are layed facedown on the table in a 7 x 7 grid. In their turn, players may reveal as many cards as they like until either they want to stop or they are forced to stop. If they stop voluntary, they may collect sets of cards: Jewels or dragons can stand alone, but to collect cards with a treasure chest one needs to have four of them. A revealed spider stops the player without taking anything. A revealed dragon also stops a player, if they have also revealed other types of cards (like treasure chests). At the end of a turn, a player flips all cards not collected face down again. The game ends when all cards except the spiders are collected. The player with most cards wins.