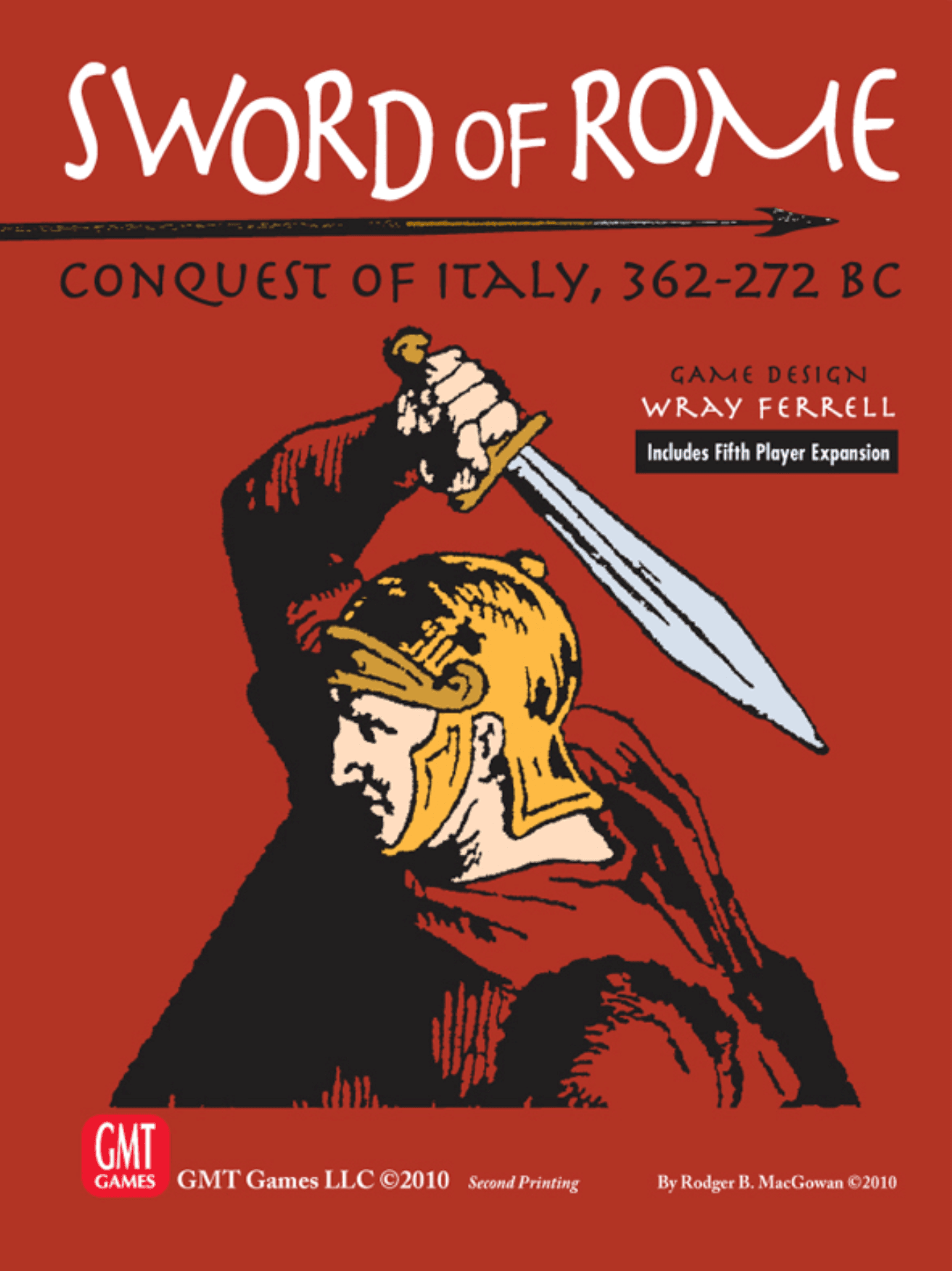 From the GMT P500 web page: The Sword of Rome is the latest in GMT’s acclaimed line of card-driven board games. It uses the popular base system invented by Mark Herman and featured in Ted Raicer’s Paths of Glory. This time, event cards and point-to-point maneuver enable up to four players to recreate the vicious struggles among the peoples of Italy and Sicily in 4th and 3rd Centuries BC. Who will dominate the western Mediterranean–and with it earn the right to vie for control of the known world? The Sword of Rome includes rules and events for city loyalty, Roman colonies, tribal raids, Gallic indiscipline, Greek siege craft, Indian war elephants, Roman and Macedonian-style infantry tactics, the mountain fastness of Samnium, and much, much more. The game covers over 100 years of classical history in just 9 hands of cards. The interplay of each power’s special strengths, of the strategy decks’ 152 event cards, and of up to four players’ diplomatic acumen provides unlimited variety. But the rules remain at low-moderate complexity, and the familiar, underlying system is easily mastered. Expanded by: Sword of Rome: 5th Player Expansion Sword of Rome: Deluxe Map Sword of Rome Mounted Map