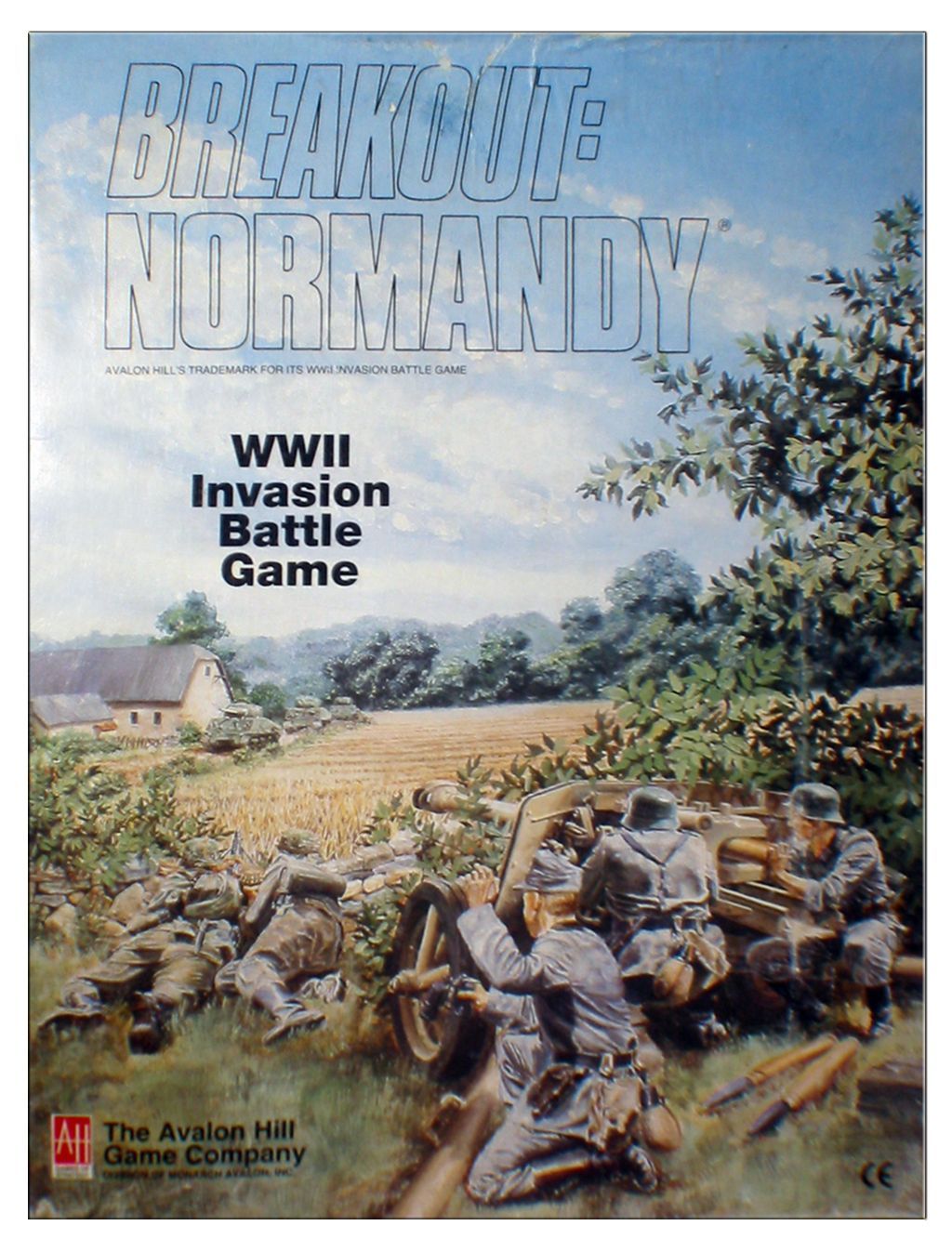 Breakout: Normandy is a complex two-player wargame on the Allied invasion of France in World War 2. The game concentrates on the initial landings and the subsequent breakout attempts. The German player tries to prevent the a successful Allied landing, and if that fails, to contain the beachhead. The Allied player wins by establishing a beachhead, or (better) by successfully breaking out of the landing area. The mapboard depicts the Normandy area where the initial landings took place. Units are regiments and brigades, representing infantry, airborne, armour artillery, anti-tank and anti-aircraft units. The game uses the area-impulse system used in Storm over Arnhem, Thunder at Cassino and Turning Point: Stalingrad.