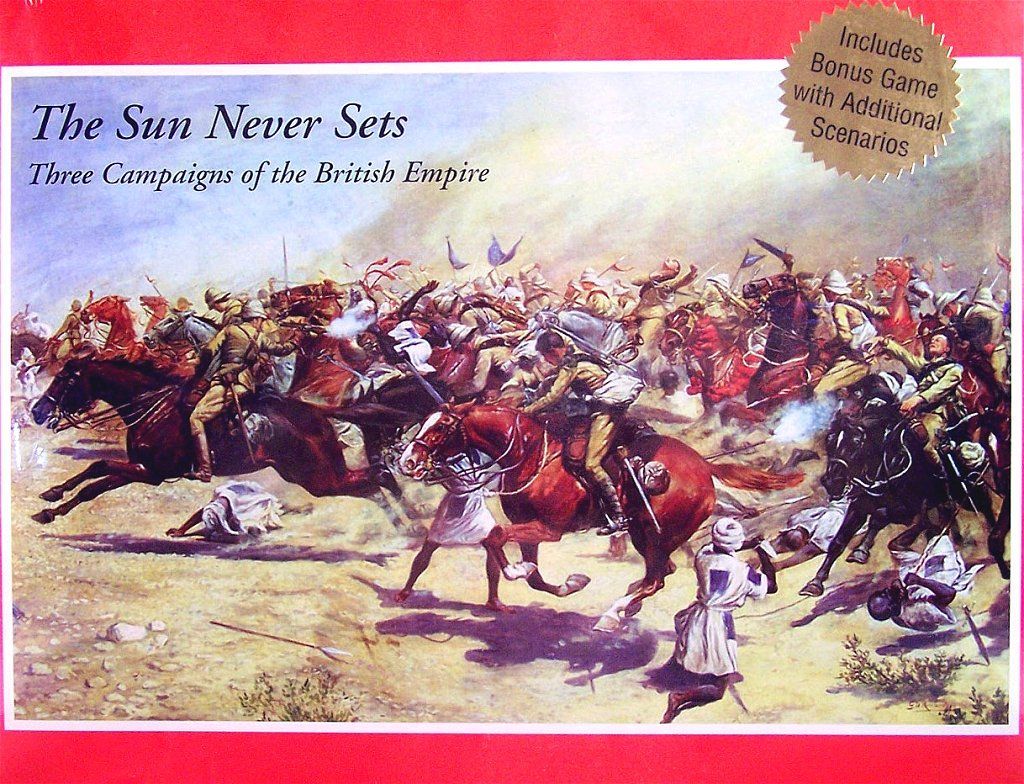 The Sun Never Sets is a mid-to-high complexity operational level game of the colonial wars fought by the British during the 19th century. It includes three separate games, namely "March to Peking", "Zulu War" and "The Sudan". The game includes a core set of rules used in all three scenarios and scenario-specific rules unique to each game. Optional rules add further chrome and complexity to the game. March to Peking depicts the Anglo-French attack on China in 1860 to force it to open itself up to European trade. Special rules allow for the veteran Chinese Hunan army (engaged fighting the Taiping rebels elsewhere) to march to Peking's relief. Zulu War depicts the British campaigns in 1879 against the Zulus in South Africa. The Sudan covers three separate campaigns; the 1883-85 Mahdist uprising in Sudan, the defence of Khartoum in 1884-85, and the recapture of Sudan in 1896-98. The game consists of rules, two 34" x 22" maps and 620 counters.