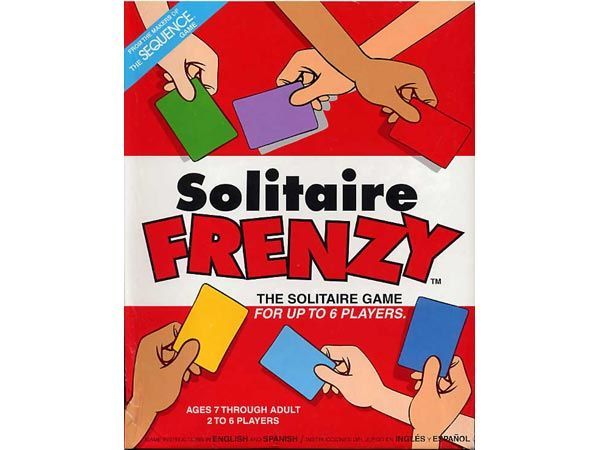 Nertz, also known widely as Pounce, is a fast paced card game where every player has their own standard deck of cards and engage in a form of multi-player solitaire. Decks with different backs are a must. Players all deal 13 cards into a draw pile and four cards out in front of themselves. When play commences, players simultaneously try to empty their draw pile by building on the four cards in front of them (red sevens on black eights, black sixes on red sevens etc.) and try to put cards into set piles in the middle of the table starting with the Ace of a given suit and then the two and three and so on. Players build on each others' set piles so this can lead to some very energetic competitions. The remaining cards that a player has are kept in a deck and counted out and turned over three at a time, placed face up, and then the top facing card can be added to the set piles or to the four working piles in front of the player. When a player has emptied the draw pile and yells out "Nertz" play stops and points are counted up - one point for each card in the middle of the table in the set piles, and -2 points for every card left in the draw pile. First player to an agreed upon score is the winner. This game has been packaged and released as Solitaire Frenzy.