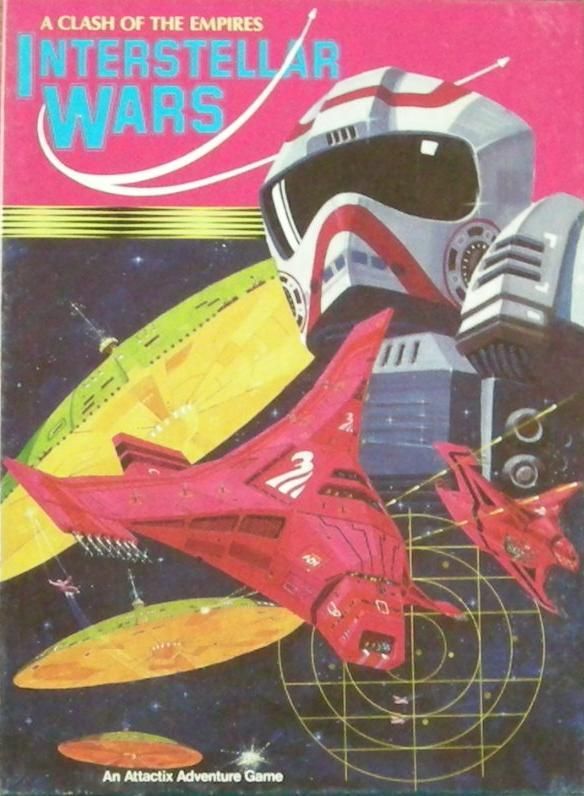 [From the back cover...] INTERSTELLAR WARS is a science fiction game that portrays the conflict between two powerful futuristic empires and the players fight for control of star systems in a fast moving and often bloody contest. The combat system encourages the use of light forces to screen the main battle fleets before committing them to full scale battle. There are three scenarios that gradually build up the complexity of the game and the rules cover re-fueling capacity of star systems, tactical options, commander bonuses and the 'Pirates of Hamrinon'! The game is suitable for beginners to the hobby of board wargaming the rules being easy to learn and containing numerous examples of play.