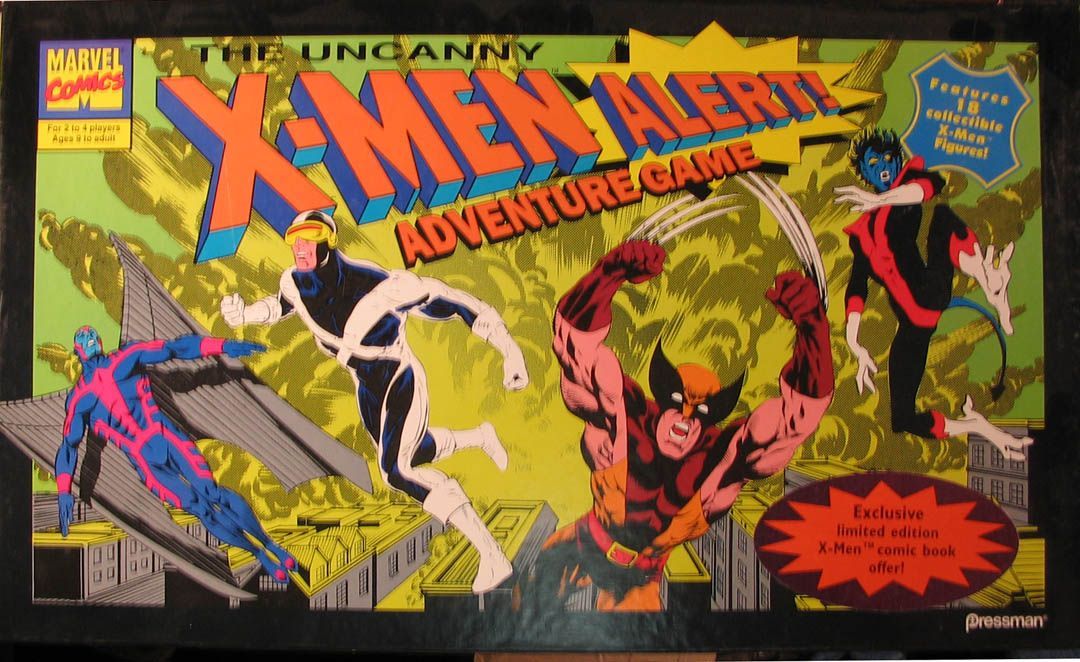 Each player starts with two of eighteen X-Men superheroes each with its own strength, endurance, intelligence and cheater power. Three battle zones on the board are populated with cards that show either villains to fight or heroes to recruit. Special dice determine whether players give or take hits in each battle. The goal of the game is to build up your team of superheroes and use them to defeat villains for points to win. The game includes detailed plastic figures for each of the X-Men.