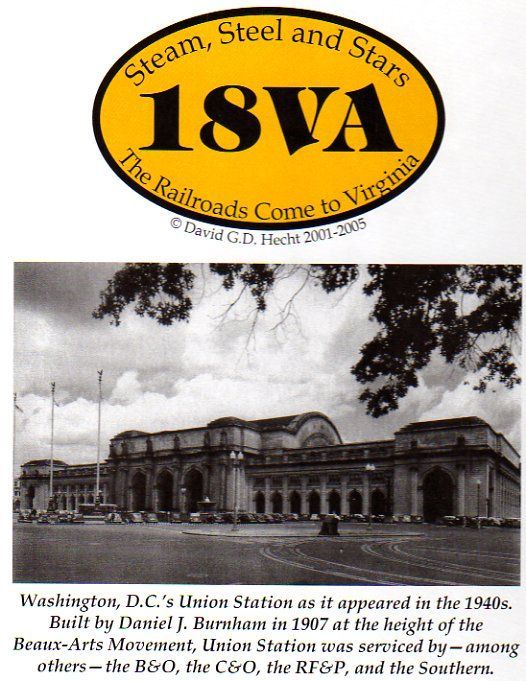 18VA is an 18xx game set in Virginia as well as pertinent neighboring areas of Maryland and the District of Columbia. 18VA is a small game, in the style of Mark Derrick's one-state games 18GA and 18AL, and is intended as a change from the more robust 18xx games often played. The major hook in this game is the coal trains, which run mainly West-East, taking coal from the mountains to the coast, while the passenger trains run the North-South routes. Also interesting is the fact that all railroads operate with just the President's share sold, and open with 5 shares and expand to 10 at the owner's discretion.