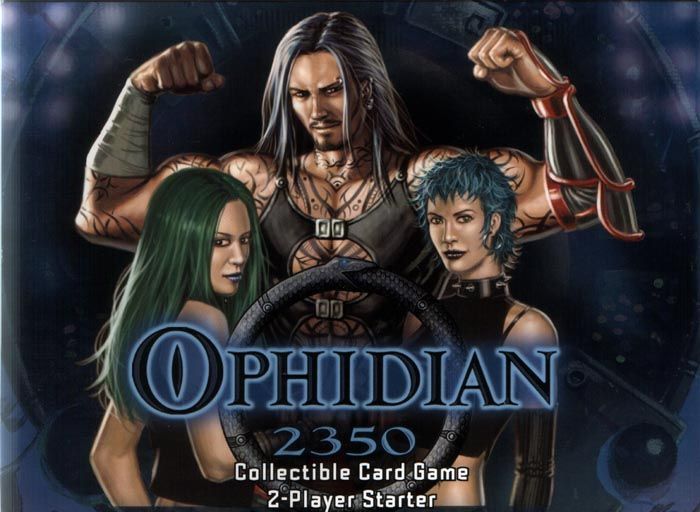 The world of Ophidian 2350 is centered around gladiatorial combat. These gladiators are aliens, bio-enhanced humans, mystics, and all sorts of otherworldly beings. Theme aside, this CCG, originally released at Gen Con 2003, has some unusual new mechanics that separate it from the pack. First, Players use "credits" to supply their gladiators with equipment and minions (support characters). Ophidian 2350 has a mechanic called "The Flow". Each card has a "+" or "-" on it. Play a positively charged card, and you can keep playing cards. Play a negatively charged card and your turn ends and your opponent can start playing their cards. Basically, it helps provide a little "momentum" incentive, and adds strategy. Creating combos that allow you to keep The Flow while you prepare for a killer blow, while making sure that the crowd is entertained... that's the key to victory! If you don't entertain the crowd, your opponent can use their own popularity with the crowd to turn The Flow against you... so show off and impress that crowd!