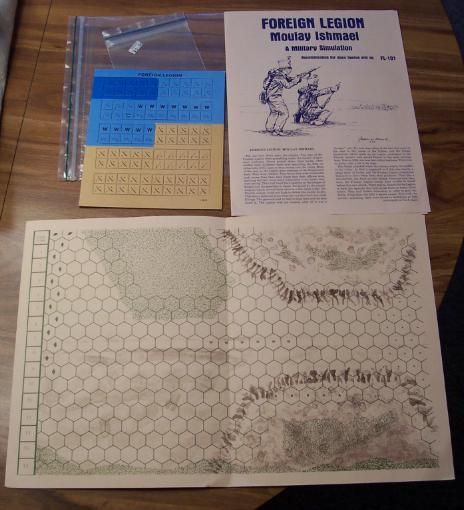 The Arabs attacked when the column was in the middle of the valley. At first it appeared as if this was merely a small force of Arabs, and the Foreign Legion companies deployed to drive them back from their positions. Then like a thunderbolt, the Arab cavalry struck. Veterans that they were, the Foreign Legion troops were unable to stand before this new attack . . . The battle of Moulay Ishmael ended with the French retreating while the Arab cavalry made occasional attacks against them. Of the French force of twety-five hundred, one thousand of whom were Legionares, five hundred had fallen and the fight was not yet over . . . Although a complete game in itself, Moulay Ishmael can be combined with Macta using the optional rules in the Macta game.