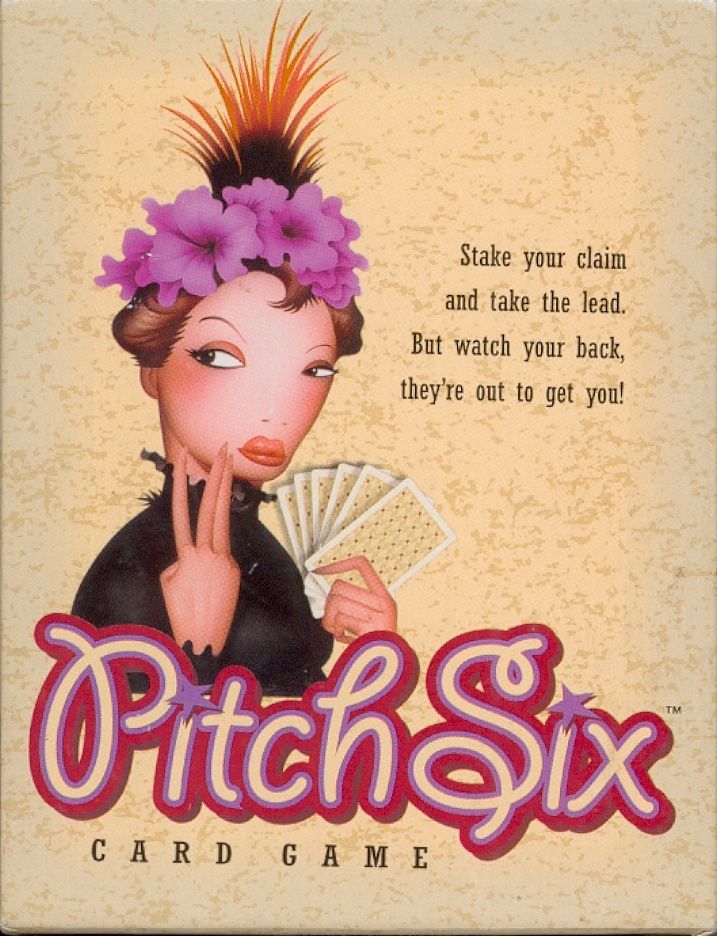 This is an odd trick-taking card game in which each player is dealt six cards from the deck (of 52). Players then bid on how many points they think they can take, keeping in mind that they get to name trump if they are the winning bidder. There are six potential points available for each hand; the person who takes the following earns one point (each): - Highest Trump Card (in play) - Lowest Trump Card (in play) - Jack of Trump - 6 of Trump - Last Trick - Most Game Points (certain cards are worth game points) Another unusual aspect to the game is that players can trump AT ANY TIME, even if they have a card of the suit that is led. So for any given trick, your options are to either follow suit, or trump. You can throw anything you want if you do not have a card of the suit led. The first person to score 12 points wins.