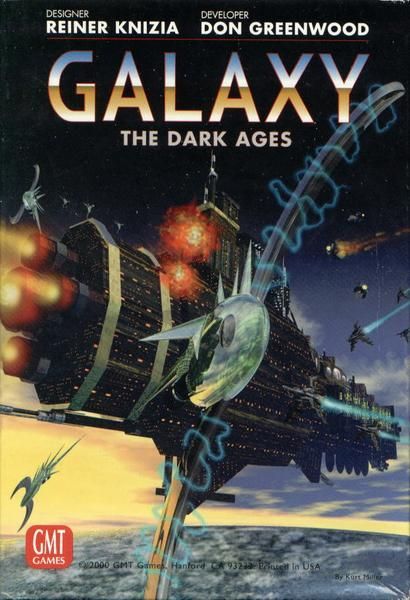 This is the much-awaited sequel to AH's Titan: the Arena. Originally, this game was Knizia's Grand National Derby, but two successive changes in theme have added much chrome to the design. The basic idea remains intact: there are eight alien races, and at the end the only three will remain; bet on the aliens you think will make it to the end. Numbered cards, starships in this case, are played below the alien homeworld cards. As soon as each alien has a ship card and there is a definitive loser, said loser alien race is removed and a new round starts. Several of the alien powers differ from those of TtA. This version of the game adds further detail by calling the betting chips "starbases", which may be targeted by opponents' ships to lower their value.