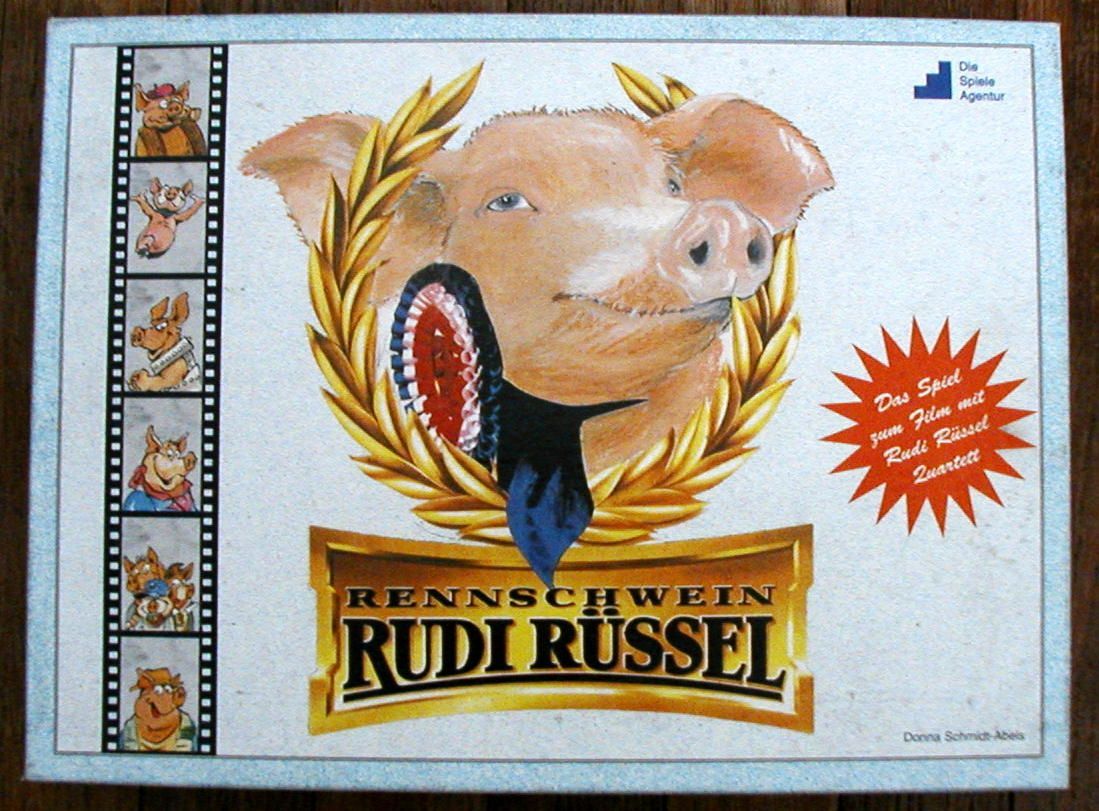 Part of the book and movie franchise of the same name, Rennschwein Rudi Rüssel is a simple racing game. Each player has a hand of cards numbered 1 to 10. Players simultaneously select and reveal a card. Whoever plays the highest number moves their racing pig, but only as far as the amount they beat the second highest card by. If two players play the same high card they swap positions on the race track! There are also special spaces that allow you to exchange a card from your hand for a card from a face-up deck of additional cards.