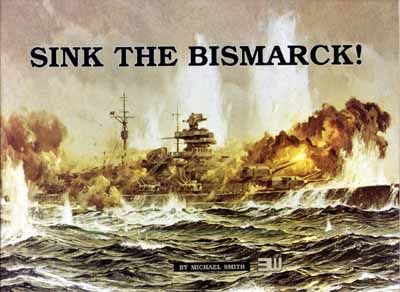 This wargame simulates Operation Rheinubung where the German battleship Bismarck and the Prinz Eugen attempts a breakout into the Atlantic. This is a two player operational simulation of that historical event. The game retains the tactical ship to ship elements of the encounter. Each hex represents 75 nautical miles. A Damage Point Table and a 10-sided die is used to resolve combat. Dummy task forces and pre-plotted German movement is used to simulate the Fog of War. Hypothetical scenarios and historical scenarios are provided. The hypothetical scenarios include a different order of battle. For example, the additions of the Scharnhorst and Gneisenau.