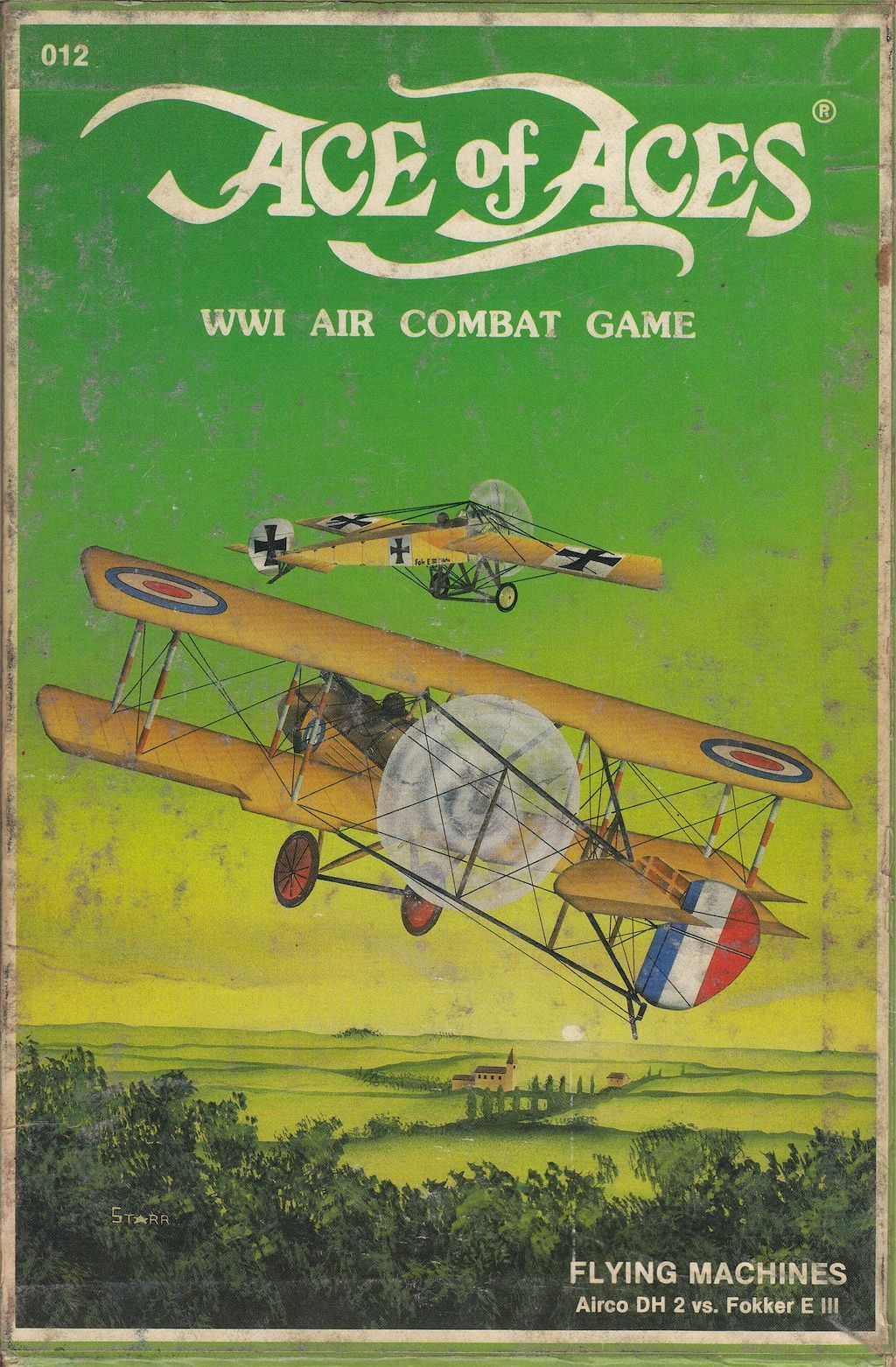 The Flying Machines book set pits a Fokker EIII Eindecker against an Airco DH2 "pusher" plane (meaning that the propeller was at the back of the aircraft.) Because of the pusher configuration, the DH2 has a flexible forward firing gun - a novel addition to the Ace of Aces system. The game also provides statistics for other early-war German aircraft and Allied pusher aircraft which may be played using this set. Flying Machines includes a different variety of maneuvers than was used in the Powerhouse and Handy Rotary books. This makes for interesting match-ups between the sets.