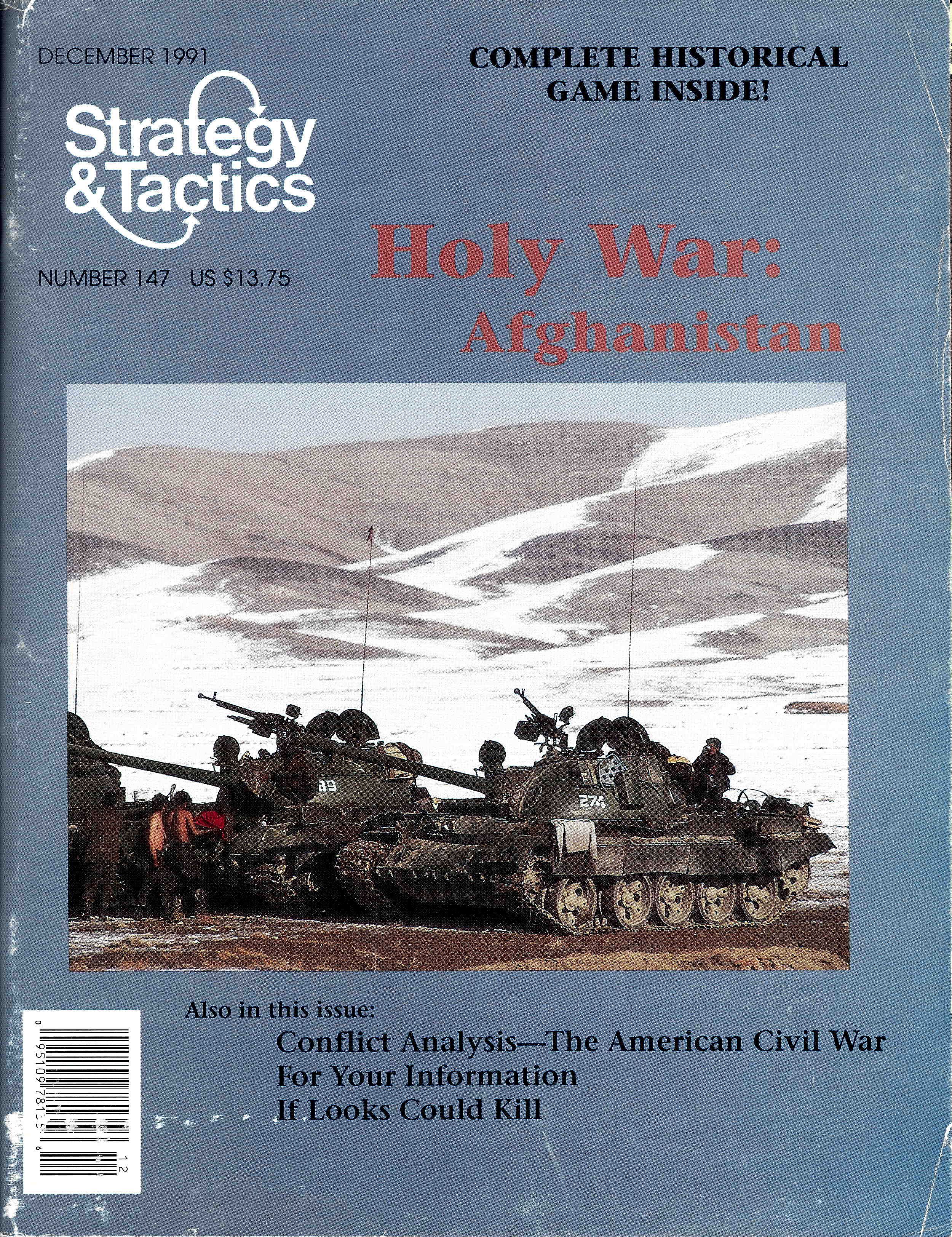 Holy War: Afghanistan is a two-player wargame covering the war in Afghanistan between the communist regime supported by Soviet troops and equipment, and the Afghan Resistance. The game is strategic in scale, with units representing divisions and brigades. Aspects of the war covered in the game include conventional and guerilla warfare, politics and the possibility of foreign intervention. The game includes a campaign and several shorter scenarios. Game components include 22" by 17" map, 200 unit counters, and a rule booklet.