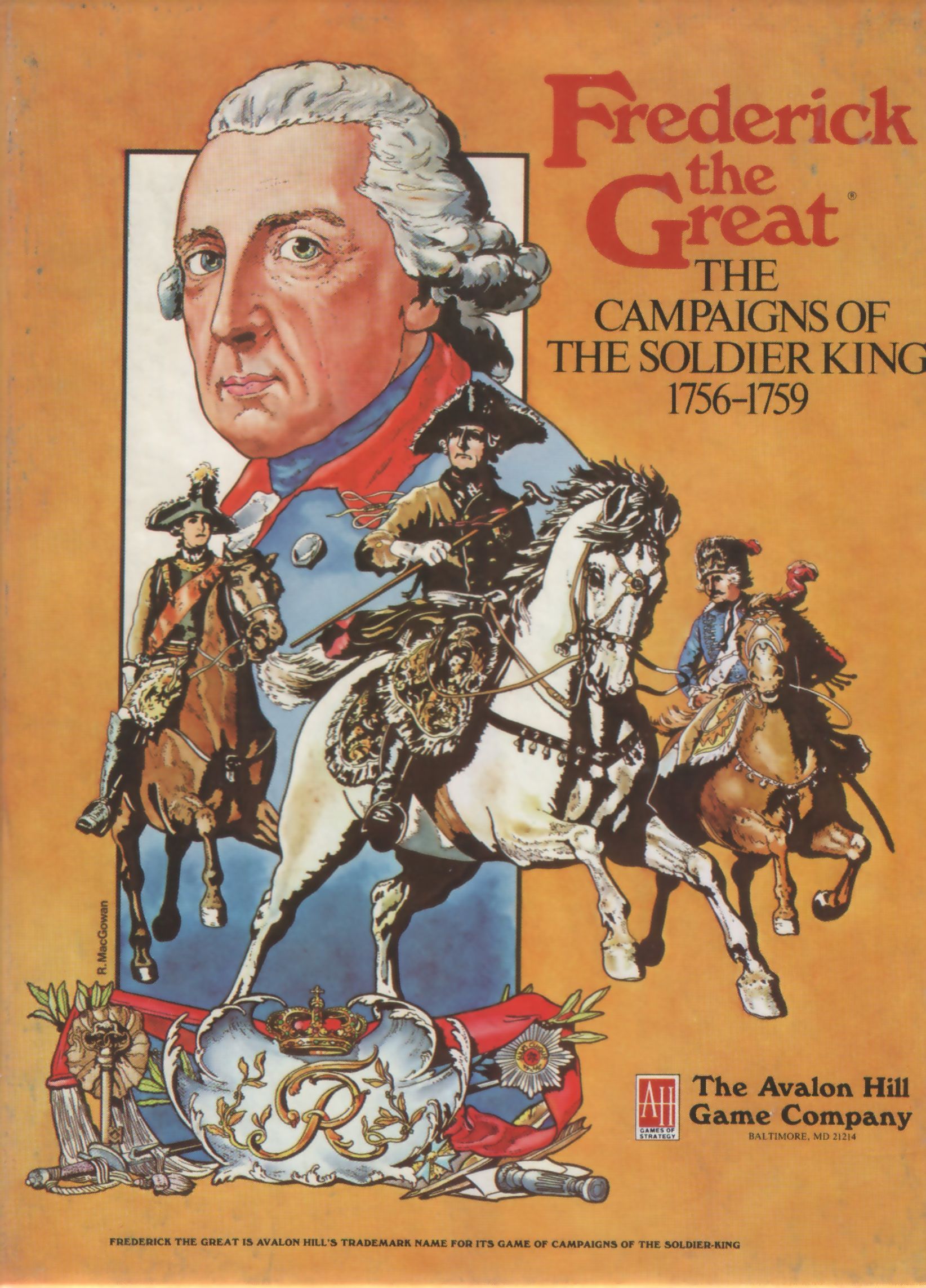 Frederick the Great is an operational level wargame on the Seven Years War between Frederick the Great's Prussia (and allied Hanover) and the anti-Prussian coalition consisting of France, Austria, Russia and a host of European countries. There are seven scenarios, each covering one year of campaigning. The game consists of a map covering most of central Europe, rules and counters depicting the important leaders and generic strength points representing armies.