Match of the Penguins - Universal Statistics 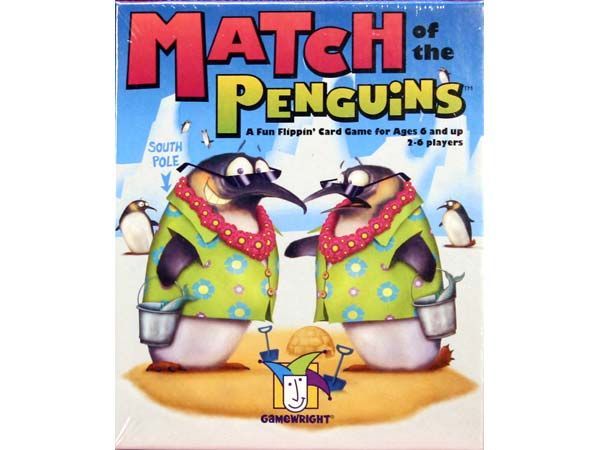 Schicki Micki is a card game for larger groups (up to seven players), where players with fastest reaction win. The cards show almost identical (female) pheasants, drawn in comic-style. One player takes the shuffled deck and reveals one card after the other. If a player detects a clothing piece on two cards with the same color, they shout the correct name of the clothing piece. If there are more than one corresponding clothing tiles, a pawn must be taken instead. The pheasant ladies also have pets, normally it's one earthworm. Some cards have two worms, if these occur, the players have to knock onto the table. Only player doing the right thing in the right time win the cards already on the table; if they're wrong, they lose cards. After all cards are revealed the game ends, the player with most cards collected wins.