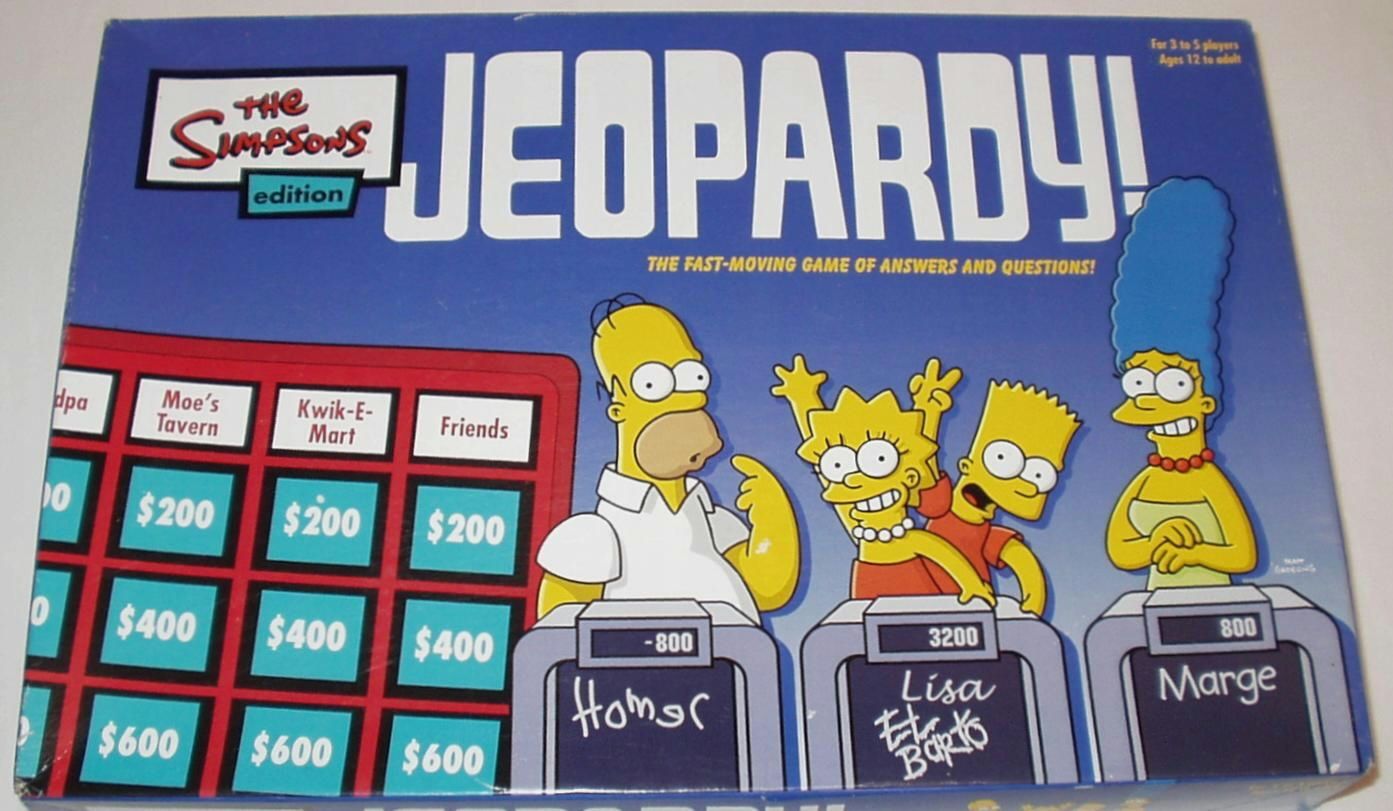 The Simpsons Edition Jeopardy game brings together the giant talents from both shows into one astonishing game, so there's something for everyone who likes either show and an amazing wealth of goods for those who like both shows. Thirty-five games featuring 1700 answers and questions about The Simpsons are included. You get the answers and have to give the questions. That's what they do on the real Jeopardy show. Yes, it includes both rounds of play -- Jeopardy and Double Jeopardy. And, yes, Daily Doubles, too. But it's got more. Specially designed Simpsons art really makes the game board extra fun, and The Simpsons play money could never be mistaken for real bucks. So jump on the sofa and join the fun!