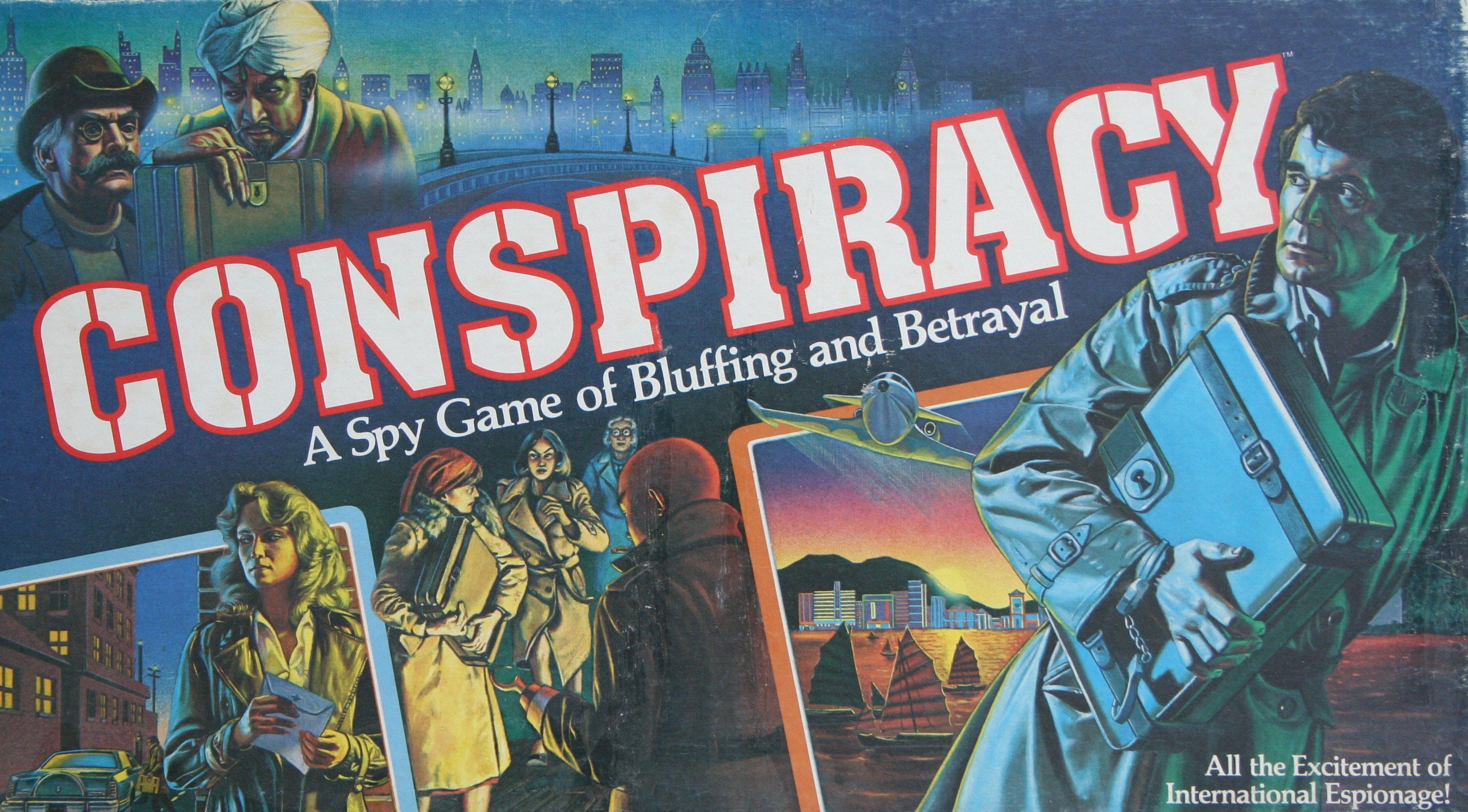 There are four capitals, four bankbooks, one top secret briefcase and eight greedy spies that anyone can control. The object is to move the briefcase to your headquarters. Players can either secretly pay off or openly move a spy one space on their turn. Each player has an account of $10,000 and can bribe spies in increments of at least $100. If you move a spy, another player may challenge the move. The two players then slowly reveal how much money they each have on the spy in question. If the challenger wins, the move is rescinded. If the defender wins, the move stays and the challenger loses his next turn. Players need to cooperate against whichever player is closest to victory. You can conspire openly to swipe the case or murder a spy and turn the tables on a player who is a mere one space away from winning. No dice, no cards, no luck involved. Learn to work together or games will end in a hurry. Amigo version (Casablanca) published 1991 supports 8 players.