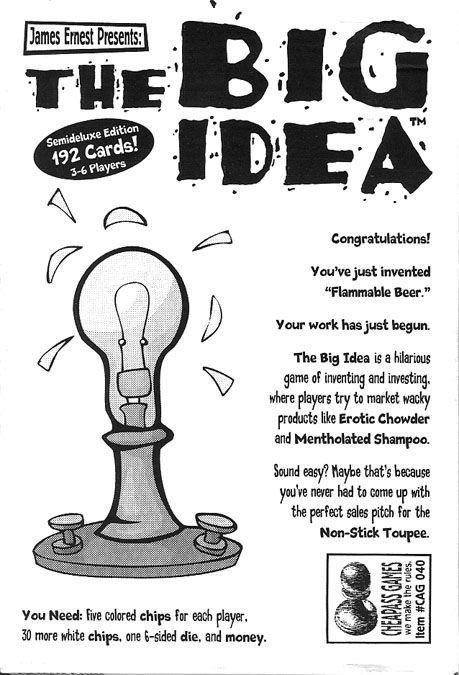 The Big Idea is a quick and easy card game (Cheapass style) where the players represent venture capitalists creating companies (from a noun card and an adjective card - "Erotic Pants") to take through the process of an IPO. You automatically gain a share in companies you create, and later you have opportunities to secretly invest in a company and publicly buy a share in a company. Finally, you roll a die to see which companies go public in a round: equal to or lessor than the shares issued in the company. And the pay out: based on the number of shares issued and the number of cards used in forming the company times the die roll. The game is fairly simplistic, but it's lots of fun to create names of products like "Mentholated Chicken", while agonizing over helping your opponent because their product will net you the biggest gain. Expanded by: The Big Idea: More Cards! (compatible only with Semi-Deluxe edition) Re-implemented by: The Big Idea