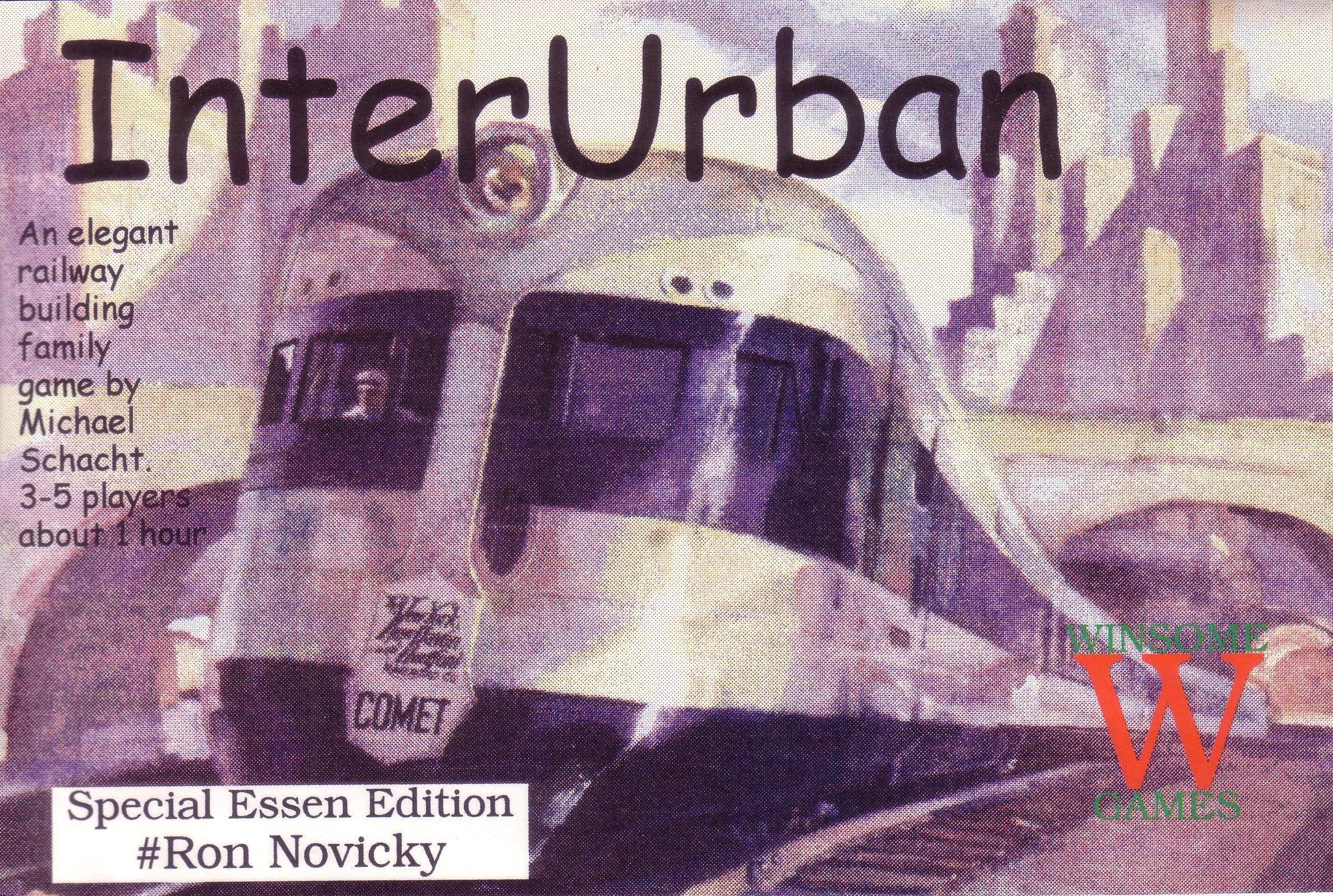 As America expanded in the 1920s and 1930s, suburbs grew rapidly around the densely populated urban areas. High-speed InterUrban trains like the "Comet" served these suburbs, carrying all manner of people to work and then home. Different InterUrban lines competed to reap the most revenue from the surrounding suburbs. Track was laid, trackage rights negotiated, and suburban stations built. This game has been redone as Gondoliere, which is very similar.