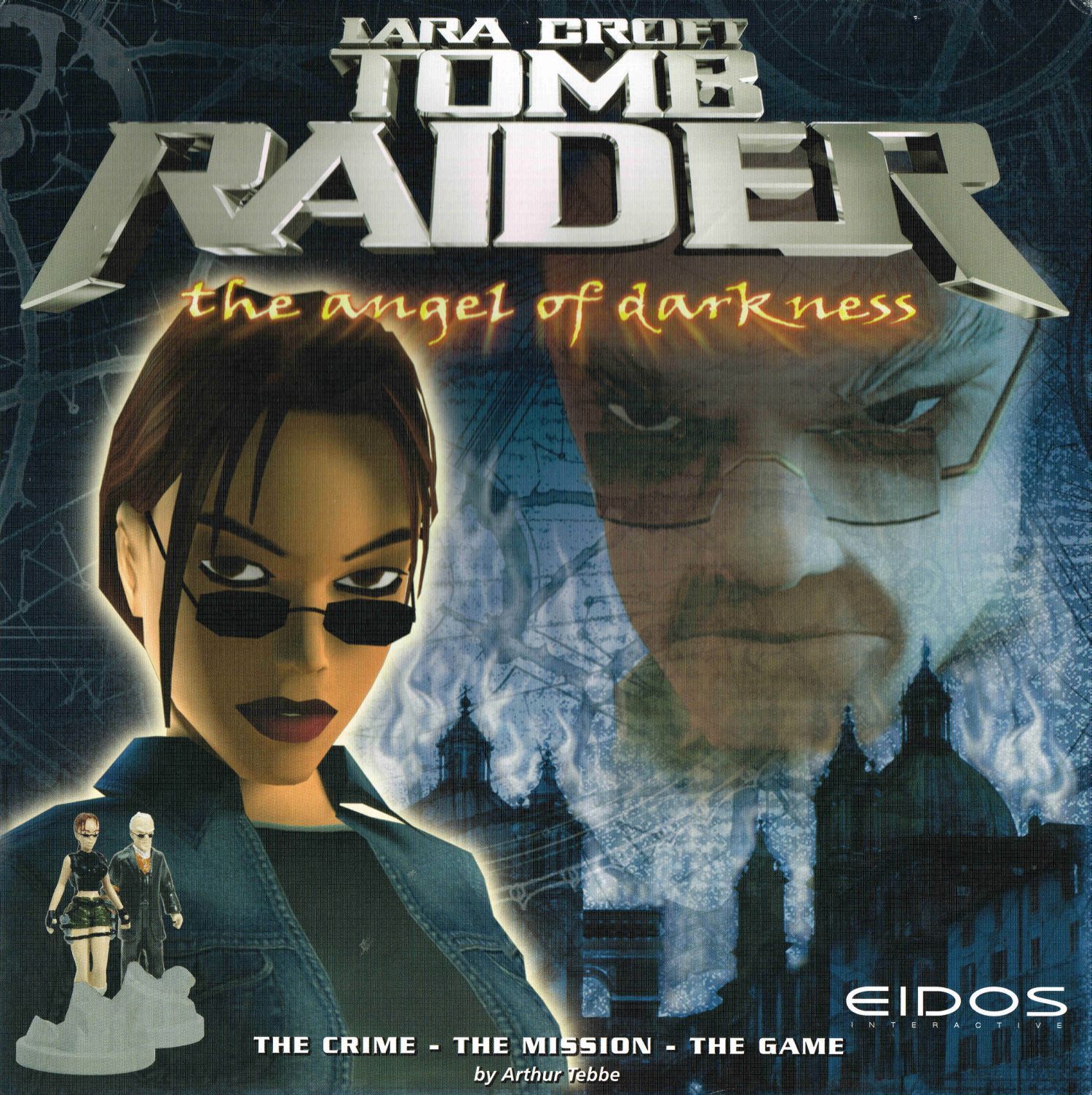 Based on the computer game 'The Angel of Darkness'. Lara Croft is accused of a murder and tries to find the five pieces of evidence to prove her innocence. At the same time 'Pieter van Eckhardt' is trying to obtain possession of paintings from the museum. Both quests are taking place in the museum at night. The players sneak in, exposing the system of corridors by opening playing tiles. On five tiles are secret rooms, which contains paintings and/or evidence, which the team tries to get out one by one. You get points for the discovery and objects belonging to your quest, but you can also remove tiles the opponents want. Your opponent will do everything in their power to stop you by shooting at you, blocking corridors and stealing your points. Also beware of the guards, which might force you to restart from the entrance. The last piece is booby-trapped, so you need to run for you life to the entrance. On your turn, you do 3 actions that are either: - Take one action card (reloading) of either ammo (to shoot), life (to protect) or energy (to move, open tile or rotate tile) cards. - Playing 1 or more action cards of the same sort (ammo, life or energy). There is one tile of each card symbol, where you may reload 2 cards of the type. You can never have more than 7 cards. The players score points by getting 1 point for each discovery tile and 2 or 3 points for either paintings or evidence, depending on which team they belong. With 4 players, you play in teams. With 2 or 3 players you play individually with Lara on the 'good side' and 1 or 2 'bad guys' as opponents. If equal, then the winner is the one who gets the last point.