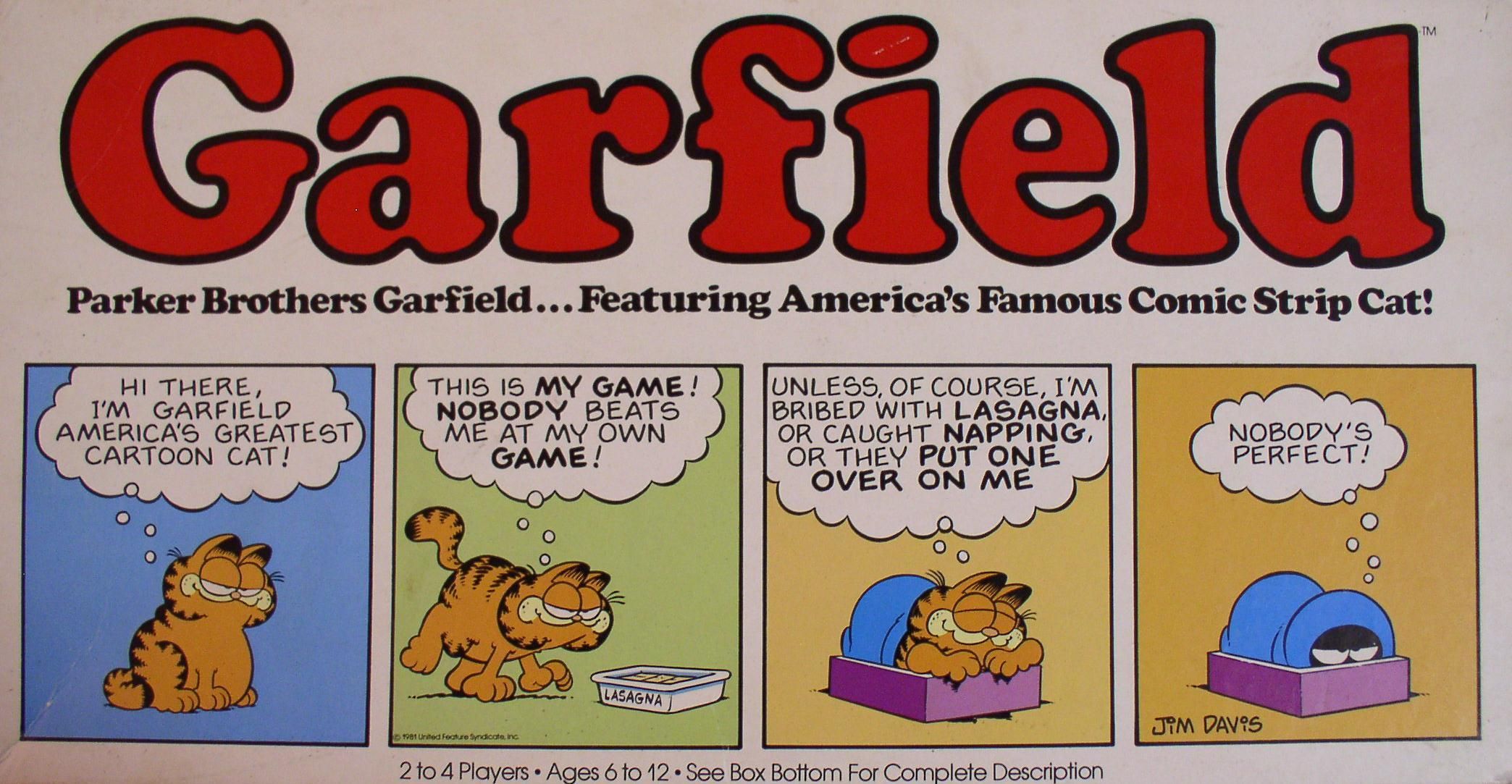 In this 1981 game by Parker Brothers based on the popular comic strip (and later cartoon) of the same name, 2-4 players race each other to be the first around the board 3 times. Each time the "tail end" is passed; a player receives a yellow ring to put around his/her playing piece. Throughout the game, player will have to follow the instructions on their respective turns from Garfield's "thought bubble", which changes as the game progresses. Players roll the 2 dice and move accordingly, although they also have the option of using a player card at the beginning of their turn, which includes the ability to do such things as trading places/yellow rings with another player or bribing Garfield with lasagna to move ahead a certain number of spaces.