The Battle of the Alma - Universal Statistics 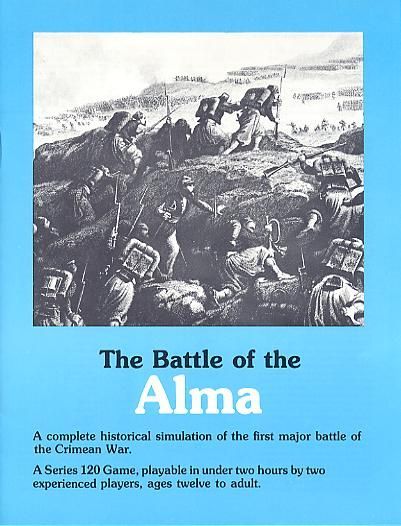 Following the French and British landings in the Crimean peninsula, the allied march South to seize the Russian naval base at Sebastopol. General Mentschikov's Russian army met them on the banks of the Alma River for the first major battle of the Crimean War - September 20, 1854. The Battle of the Alma covers the first major battle of the Crimean War. It is part of GDW's Series 120 games, a line of introductory wargames spanning various historical eras. The games in the series had 120 counters and were supposed to be playable in 120 minutes or less, hence the name. Republished in Command Magazine Japan #38, along with 1940.