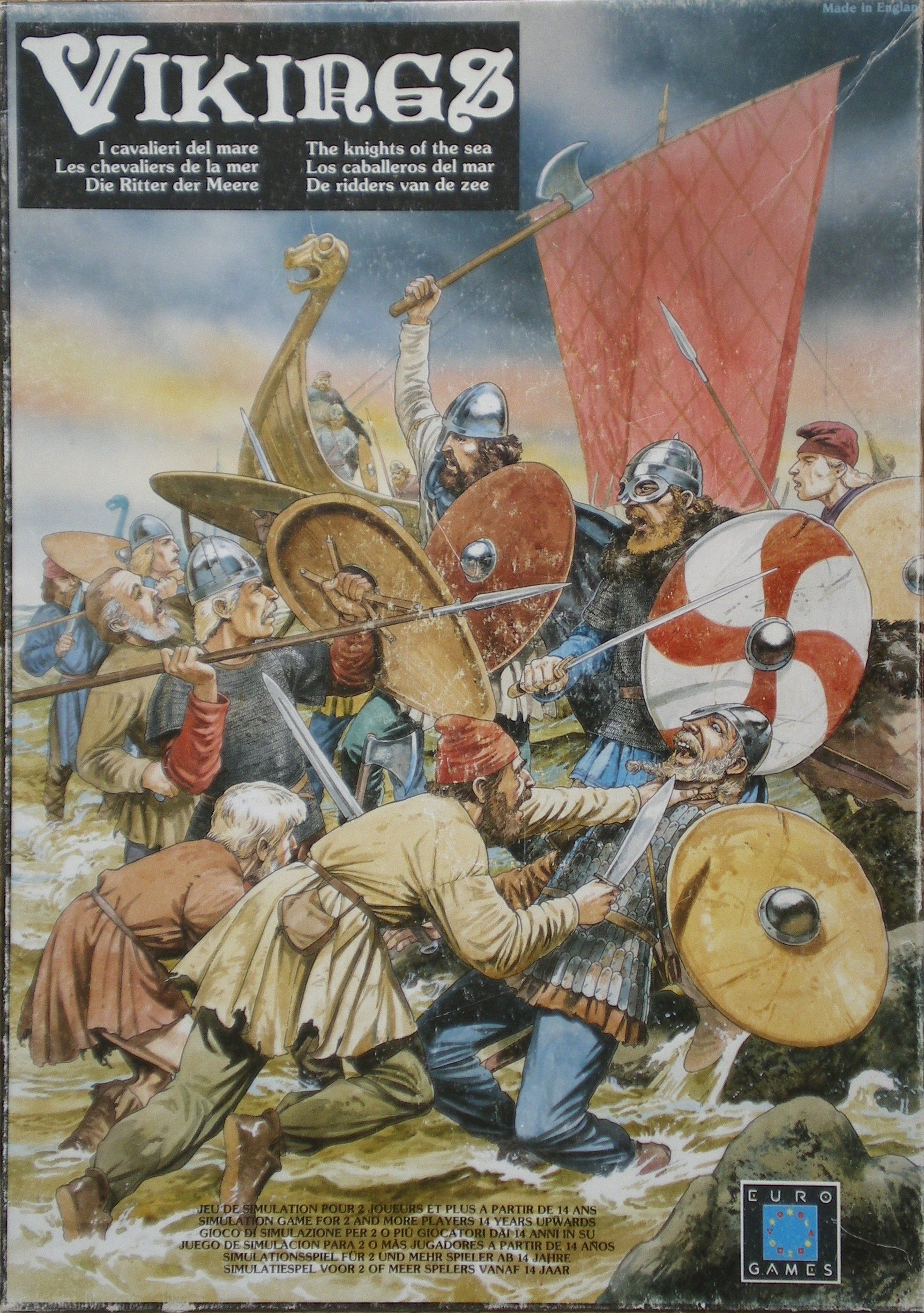 Viking Raiders or Vikings Knights of the Sea is both a self-standing game in it's own right and a companion game for Siege and Cry Havoc. On it's own Viking Raiders has four different scenarios. There are also two further scenarios which combine "Viking Raiders" with "Siege" and "Cry Havoc". Viking Raiders is a game of historical simulation during the era of Vikings in the 8th and 11th centuries. Viking Raiders leads you to the age of the great Viking raids on European coasts (8th to 11th century). It comes with 1 sea and 1 coast map in the Standard Games edition (2 sea and 2 coast maps plus 2 small cape maps, which equals the "Island Fortress" map set, in the Eurogames edition) and also ship counters and the corresponding rules and 7 different scenarios. The game is designed for two players but can be played with up to 4 players. Part of the Cry Havoc series.