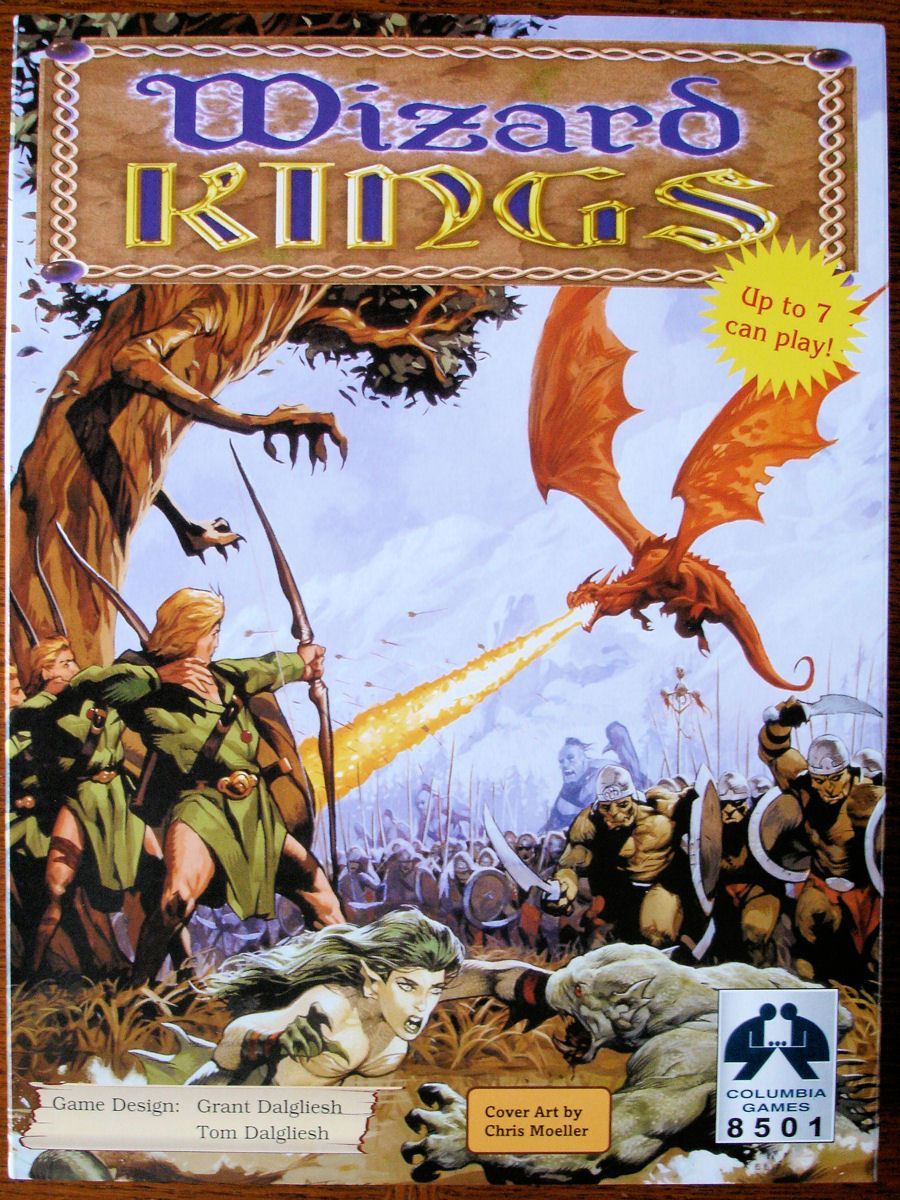 Wizard Kings is an exciting fantasy battle game with armies of elves, dwarves, orcs, undead, and three human armies (feudal, barbarian, amazon). Players customize their armies and fight for control of strategic cities and terrain on geomorphic maps. Wizard Kings 2nd edition is a re-release of the sold-out 1st edition. Wizard Kings can play in as little as one hour or be used as part of a miniatures campaign for months. Victory conditions vary with the many possible scenarios. The new version is multi-player out of the box. A collectible expansion blockset has been released at the same time. Wizard Kings 2nd edition includes 4 new maps, which are compatible with existing maps from the first edition. There are many new unit types and artwork, although first edition units remain valid for play. Expanded By: Wizard Kings: Expansion Armies Wizard Kings: Expansion Maps