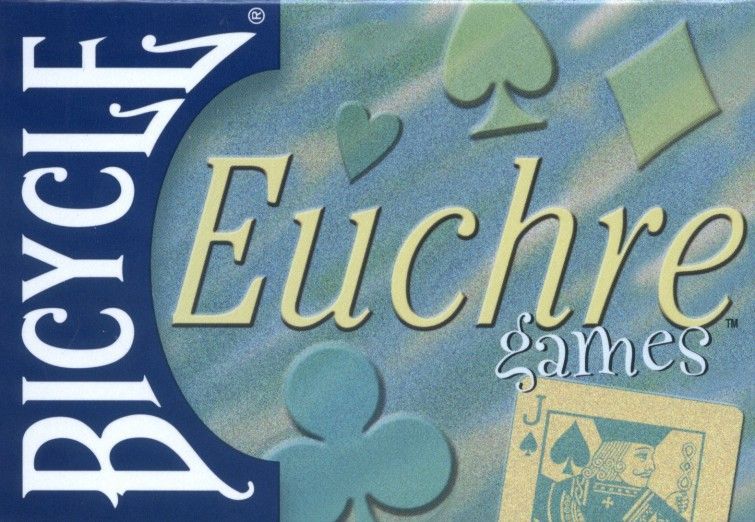 Euchre is a trick taking card game. Although for two to seven players, Euchre is best with four playing as partners. This is a relatively simple bidding and trick-taking game and one of the best non-threatening partnership games. Conventional euchre uses a deck of 24 standard playing cards consisting of A, K, Q, J, 10, and 9 of each of the four suits. A standard deck 52-card deck can be used, omitting the cards from 2 to 8, Players are dealt a five-card hand and the object is to win three of the five tricks. A card is turned up to determine trump, which can be either accepted or refused by each player in turn. If refused, another bidding round takes place in which each player is given the privilege of naming trump. The player fixing trump has the option of playing alone or with partner. (Playing alone increases the scores and penalties.)