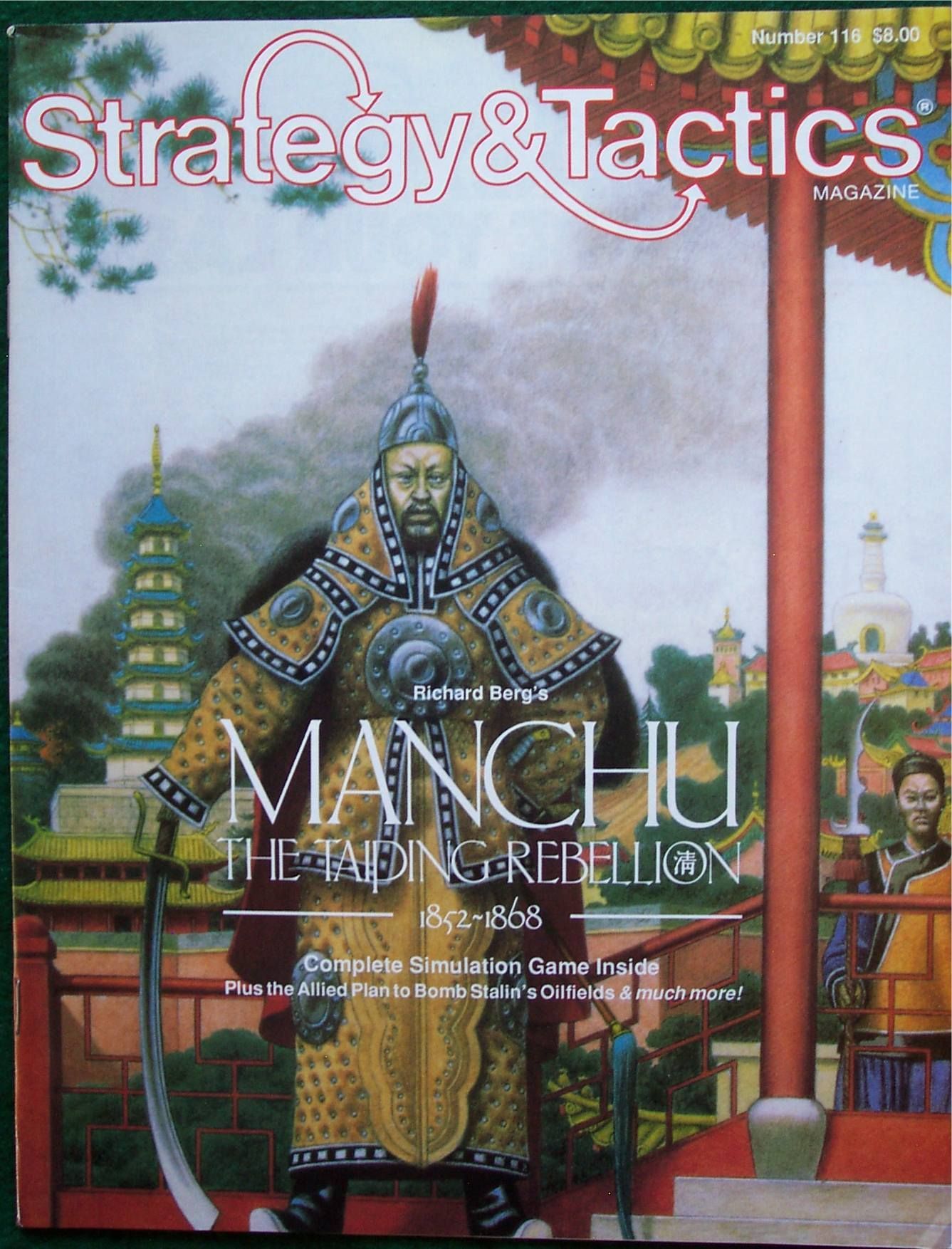 This game is included as an insert game in Strategy & Tactics magazine #116; errata appears in S&T #117. Manchu is a two player wargame covering the Taiping Rebellion that occurred in Manchu China between 1850 and 1868. The game is strategic in scale, and units are generic strength points representing Taiping rebels, Manchu banner troops, provincial army troops, bandits and Mongolian cavalry. The game map represents Manchu China. The Taiping player starts at an advantage in troops and leaders and seeks to conquer enough of the country to force a collapse of the Manchu government. The Manchu player seeks to survive the Taiping onslaught, and gains strength as the provincial forces are brought to bear. However, over-reliance on provincial forces will cause a reduction of Imperial authority, and that in itself may cause the game to be lost. The game consists of a map, playing counters, rules and numerous charts. A remake The Dragon and The Cross was published in 2018.